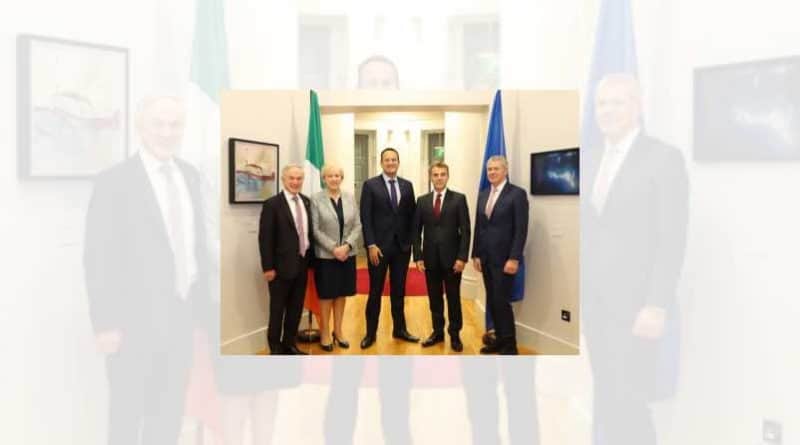 The decision by the European Commission to provide €530 million of funding to the Celtic Interconnector, a high-voltage electricity cable linking Ireland and France has been broadly welcomed.

An Taoiseach, Leo Varadkar and Minister for Communications, Climate Action and Environment, Richard Bruton have confirmed a €530 million investment in the Celtic Interconnector by the European Commission to link Ireland with Europe’s energy grid.

The €1 billion Celtic Interconnector will connect Ireland’s electricity network to France via an underwater connection. Once built, its 700 megawatts capacity will power 450,000 households, and help Ireland to switch to 70% renewable energy as set out in the Government’s Climate Action Plan.

A vital part of Project Ireland 2040, the Interconnector is likely to drive down electricity prices for the consumer through increased competition.  And because Ireland will be able to join the European Internal Energy market, we can maintain higher levels of wind and renewable energy.

Once Britain leaves the EU, Ireland will have no electricity interconnection with any member of the European Union. By providing a direct electricity link with mainland Europe, Ireland will be connected to the EU’s Internal Energy Market post-Brexit.

An Taoiseach said: “This is a really significant investment for Ireland and will help us to conduct a magnificent feat of engineering. The Celtic Interconnector will help to lower electricity prices, reduce greenhouse gas emissions and provide greater energy security. It’s a direct result of our close working relationship with the European Commission including President Juncker, and France and President Macron, who will be our closest EU neighbours following Brexit. It’s a signal of European solidarity at this crucial time.”

The investment was secured under the EU’s Connecting Europe Facility.  The application was made possible by the status of the Celtic Interconnector as a Project of Common Interest (PCI).  Projects with PCI status are recognised as essential for completing the European Internal Energy Market and for reaching the EU’s energy policy objectives of affordable, secure and sustainable energy.

The funding announcement follows the submission in June of an application for funding by project developers EirGrid and its French counterpart Réseau de Transport d’Electricité (RTE). The two companies submitted the application under the Commission’s 2019 Connecting Europe Facility (CEF) Energy Programme.

“It’s a direct result of our close working relationship with the European Commission including President Juncker, and France and President Macron, who will be our closest EU neighbours following Brexit.

“It’s a signal of European solidarity at this crucial time.”

EirGrid and RTE estimate it will cost in the order of €1 billion to build the interconnector which will provide Ireland’s first direct electricity link to Continental Europe. It will be able to import and export up to 700 megawatts of electricity, enough to power 450,000 homes, and will go live in 2026.

Mark Foley, EirGrid Chief Executive, said: “The Celtic Interconnector is a key part of our strategic goal to transform Ireland’s power system. In the coming years we will break new ground in the amount of renewable electricity we manage on the electricity system.

“Interconnection with France supports this as it makes the power system more resilient and efficient. This added strength will become increasingly important as renewables become the primary energy source on the national grid.”

Mr Foley added that the Celtic Interconnector would also apply downward pressure on the cost of electricity to consumers in Ireland and provide a direct fibre optic communications link between Ireland and France.

François Brottes, Chairman of the executive board of RTE, said: “The support of the European commission for this electricity interconnector between France and Ireland is a major step forward in the development of an always sustainable, cost efficient, resilient and integrated European grid which will enable the transition to a low carbon energy future.”

Since 2011, EirGrid and RTE have carried out series of joint studies into the feasibility of the interconnector. Should the proposed interconnector successfully pass through the planning process, the studies indicate that it would benefit electricity customers in Ireland, France and the EU.

The interconnector will travel 575 kilometres from East Cork to the north-west coast of Brittany.

The European Commission has already designated the Celtic Interconnector a Project of Common Interest (PCI). PCIs are key cross-border projects that link the energy systems of EU countries.