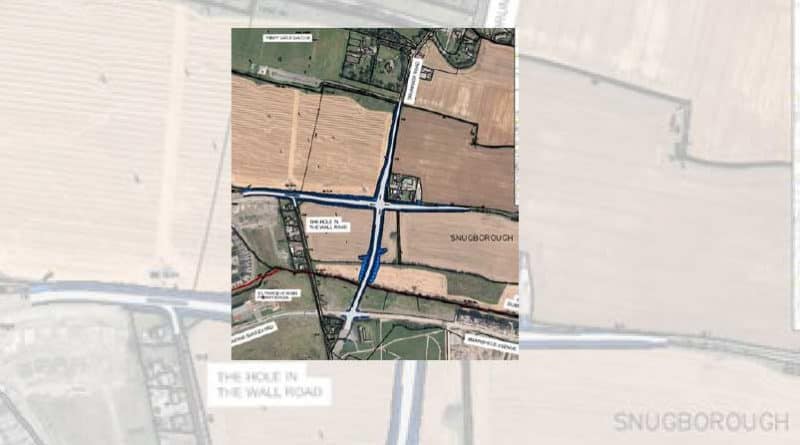 Fingal County Council has commenced the tendering process for the Mayne Road/Hole in the Wall Road Junction Upgrade Scheme.

Proposed works will include the construction of a section of new road linking the Hole In The Wall Road to the junction of Drumnigh Road (R124) and Mayne Road (R123), including a new bridge over the River Mayne, footpaths, off-road cycle tracks and bus lanes. New flood defence measures are also incorporated.

The tendering process will take approximately four months. Once the successful tenderer has been selected, final funding approval from the Department of Housing, Planning and Local Government will be sought under the Local Infrastructure Housing Activation Fund (LIHAF) programme.

Once approval has been received, the estimated construction period will be 15 months.

Director of Planning and Strategic Infrastructure Matthew McAleese said: ‘The Local Infrastructure Housing Activation Fund (LIHAF) is a key of the Rebuilding Ireland: An Action Plan for Housing & Homelessness. The objective of the fund is to provide public off-site infrastructure to relieve critical infrastructure blockages.

“This critical piece of infrastructure will significantly improve road safety at these junctions and also open up lands in Baldoyle for further development which will ultimately see in the region of 1,500 houses constructed in that area.”

Senior Engineer Paul Carroll said: “Fingal County Council has already moved forward with two other LIHAF projects. The development of the Donabate Distributor Road was the first project under the LIHAF banner to get underway in 2017, and with work progressing this year, it is expected to be completed in 2019. Work is also underway on the provision of strategic road infrastructure in the Oldtown-Mooretown area, just off the Rathbeale Road, in Swords.”