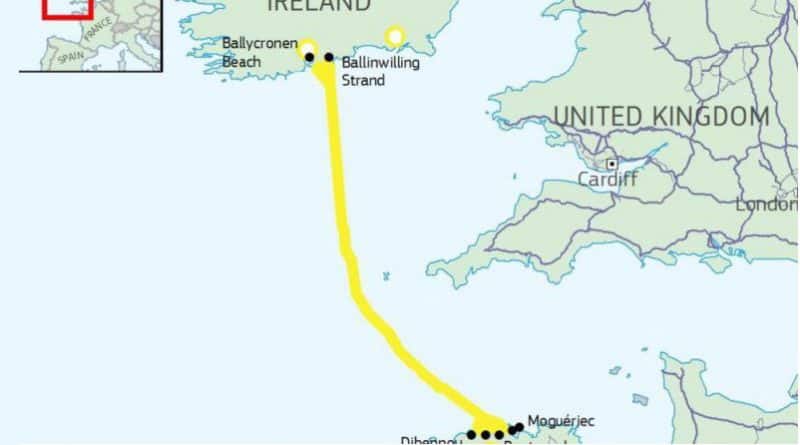 Following a meeting in Brussels, An Taoiseach, Leo Varadkar and President of France Emmanuel Macron have submitted a joint request to the European Commission seeking financial support for the Celtic Interconnector electricity link between Ireland and France.

The Taoiseach and Mr Macron have co-signed a letter before the European Council meeting in Brussels, requesting Jean-Claude Juncker’s support for the grant application. 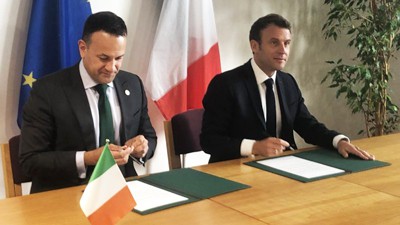 The Celtic Interconnector will provide the first direct link between Ireland’s electricity network and mainland Europe, which will be vital for the post-Brexit landscape. The Taoiseach and President Macron pledged to pursue the project at their recent bilateral meeting in Paris.

Speaking after signing the letter, An Taoiseach said: “The Celtic Interconnector will help to reduce electricity prices, support climate action, and provide greater energy security for Ireland. Our two countries are working together to seek EU funding for 60% of the overall €1 billion cost of the project, with the balance coming from commercial revenue.

I’m delighted that France has agreed to join Ireland in making this grant application, and I particularly want to thank President Macron for his personal support. This demonstrates the ever-closer relationship between Ireland and France, which will be Ireland’s closest EU neighbour when the UK leaves. I also welcome the excellent co-operation between the Irish and French national regulatory authorities.”