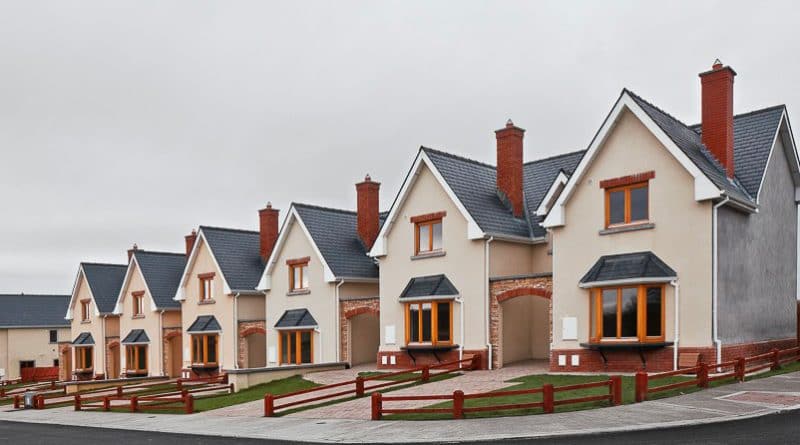 Despite the relatively reassuring picture painted by the official statistics, some local media commentary in recent months has, in our view, overplayed the cooling in price growth and stoked fears of the emergence of another housing market collapse in Ireland.

Such comments, however, are often based on reports from sources that utilise less rigorous or statistically sound methods (e.g. analysis based on asking prices or responses to surveys) and extrapolate beyond what is reasonable, argues Investec Ireland’s Philip O’Sullivan and Ronan Dunphy.

The official (CSO) Residential Property Price Index (RPPI) fell by 55% from peak (April 2007) to trough (March 2013). As the property market had been the locus of the imbalances that contributed to the deep recession that followed the demise of the Celtic Tiger, it is no surprise that prices surged in tandem with the country’s subsequent economic upturn. Indeed, the RPPI posted 17 successive months of double-digit annual growth from February 2014 onwards.

In 2015 the Central Bank of Ireland introduced macro-prudential mortgage rules to limit the amount of money that people can borrow to buy residential property, with the restrictions based on the income of the borrower (loan-to-income, or LTI) and the value of the property (loan-to-value, or LTV). Given that house prices were still relatively beaten up (41% below peak) at the time of the rules’ introduction in February 2015, this diluted their initial impact. Nonetheless, there may have been some transient release of pressure as some would-be borrowers needed to build up their savings to meet the LTV and/or LTI criteria. The rate of house price inflation temporarily softened from double-digit growth to mid-to-high single digits between July 2015 and April 2017 inclusive, before accelerating to double-digit growth once again thereafter. Another factor that would have built up a head of steam behind property prices is the 50-75bps reduction in the rates associated with various mortgage products since the summer of 2015.

The RPPI posted a sequence of 15 months of double-digit annual increases in prices before moving back again into high single-digit growth in August last year. The latest (November 2018) data show a 7.1% increase. Notwithstanding the fact that 7.1% is still very strong growth, this moderation has prompted a flurry of downbeat media coverage. “Good news for Irish buyers as average house prices fall across the country”; “Property prices have slowed, but buyers still can’t afford homes”; and “How excessive investment messed up the Irish housing market” are among the banners that have greeted media consumers in recent months.

The evidence does not support what is implied by those headlines. The cooling in the annual rate of inflation we have seen is not the same as a reduction in absolute prices. Indeed, on a monthly basis, the national RPPI has increased in 22 of the past 23 months. At a superficial level, the 56,430 transactions logged by the Property Price Register contradicts the claim that property is beyond the reach of buyers, although we do see pockets where affordability is approaching levels that look a little stretched. Finally, mortgage data show that credit for investment remains at de minimis levels, while there is some evidence that retail (individual) landlords are exiting the sector.

Let’s explore the above in more detail. The latest asking price data from the country’s largest property website, Daft.ie, suggest that vendors are cooling their expectations, with the annual rate of increase falling to an almost five year low of 5.5% in Q418. Asking price inflation had closely tracked growth in transaction prices for most of the 2015 – 2017 period, before moving inside it in more recent times. Some of this shift could be down to

mix effects (changes in the proportion of ‘starter homes’ and/or Dublin/ex-Dublin properties in the data).

Could affordability be playing a role as well? It may be, particularly in Dublin, where average asking prices (€371k in Q418) are 46% above the national average, while disposable incomes are ‘only’ 15% above the mean for the State.

Combining Daft.ie data on average asking prices; CSO incomes data (adjusted for tax); and assuming a household with two average earners with a 20% deposit and a 3% interest rate on a 20 year mortgage, shows that mortgage repayments eat up 22% of average disposable incomes across Ireland and 29% in Dublin. Economists suggest that housing should cost no more than a third of disposable income, so affordability (in general) does not look overly stretched, although the headroom is clearly lower in Dublin.

Another consideration is that it remains materially cheaper (c. 16%) to pay a mortgage on a typical property than to rent the same accommodation in Dublin or across Ireland.

Some commentators have spoken of a bubble in the housing market, but this claim is not well supported by the evidence. Mortgage credit jumped 20% to €8.7bn in 2018, but to put this into context that is 78% below the

2006 peak in annual lending and also c. 25% below what we would view as a normalised level of new lending. 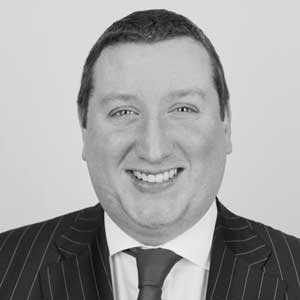 Within the mortgage data, we note that only €216m or 2.5% of new lending in 2018 was for buy to let (BTL) investment, which suggests that leveraged BTL investors are not crowding out would-be owner-occupiers. While large institutional investors have assembled high-profile portfolios in the cities, their share of the overall housing stock remains low. Local Property Tax data show that scale (100 units or more) private landlords control just over 40k properties, which equates to a little under 2% of the housing stock.

Indeed, the same data show that the majority of private landlords own just one investment property. We suspect that a meaningful share of these are ‘accidental’ landlords, with this suspicion supported by Residential Tenancies Board (RTB) data that show an 88% increase in the number of registered landlords since 2007. The elimination of negative equity from most parts of Ireland means that some of these accidental landlords may now elect to exit the BTL space altogether. To this end, we note that the number of landlords who were registered with the RTB fell by 2,779 (to 173,472) in the 12 months to end-Q318. This is a worrying trend for the 18% of Irish households who rent from a private landlord.

To us, the most powerful dynamic within the Irish housing market is a glaring mismatch between supply and demand. Housing output rose by a quarter last year, but at 18,072 units it is well adrift of even the low point of the range of estimates (30k – 50k) for annual new household formation in Ireland.

While lead indicators such as the housing component of the Ulster Bank Construction PMI and planning permissions data point to continued growth in new build activity, a number of constraints are likely to prevent the gap from being meaningfully closed for a number of years yet. One of these is a shortage of labour, with construction employment

So, with supply constrained, what are the prospects for demand? Total employment was +3.0% y/y in Q318, with the economy adding around 1,300 jobs a week. Average weekly earnings were +3.2% y/y in Q318, with pay packets further boosted by the modest income tax reductions that have been a feature of recent budgets in Ireland. Assuming a benign outcome to the Brexit negotiations, we see the economy expanding by 4.5% in headline GDP terms this year, which should maintain upward pressure on both employment and earnings.

Staying with demand, the Government’s Help to Buy scheme is due to be discontinued at the end of 2019, but given the political dynamics around housing we would not be surprised to see a new lease of life for the incentive. As we saw with the prolonged extension of the temporary VAT reduction for the hospitality industry (a two-year reduction introduced in 2011 only ended in December 2018), it is always more difficult to remove an industry support than introduce one.

All in all, the imbalances between supply and demand should see house prices (we see growth of 5% this year) and rents continue to march higher during 2019 and into the next decade.