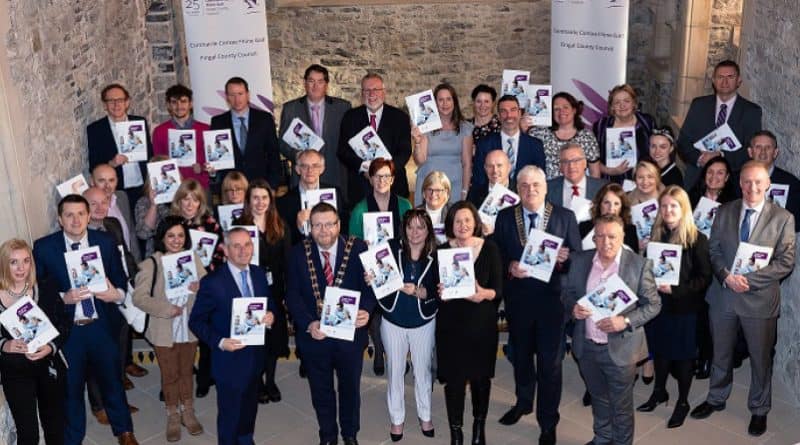 Fingal County Council has launched the Fingal Skills Strategy, the first of its kind to be developed by any Local Authority in Ireland.

Launched in Swords Castle Chapel on Tuesday (February 26), it identifies gaps between the skills of Fingal’s workforce and the skills that employers need.

The Strategy sets out specific actions such as developing new training courses, increasing course provision, and building relationships and links with employers, educational institutions and other stakeholders.

Analysis showed a skills gap of up to 7,600 roles per annum up to 2023. It broke these down across sectors and occupations.

The largest gaps by sector are 3,176 roles in Commerce and Trade, and 1,858 in Professional Services.

The largest gaps by occupation are 1,961 roles in Elementary, 1,441 in Sales and Customer Services, and 1,120 in Skilled Trades.

As the first Local Authority in Ireland to develop a Skills Strategy, Fingal sees the strategy as a roadmap for future skills development and a model of best practice for other Local Authorities.

Mayor of Fingal, Cllr. Anthony Lavin said: “As investment in Fingal continues to grow, it is very important that we safeguard this with a pipeline of workers with the right skills to fill future vacancies. With the County’s young age profile and competitive advantages in terms of enterprise, Fingal are very well placed to capitalise on this work.

“Aside from filling the skills gap, this strategy also addresses another very important challenge for Fingal. We need to remember that there are people who are detached from the labour market entirely and this strategy puts in place a roadmap for people who may not have a high level of educational attainment, but who wish to embark on employment or upskill through further education.”

Chief Executive of Fingal County Council, Paul Reid said: “Fingal is the fastest-growing Local Authority area in the country, and so the creation of sustainable jobs is a key focus.

“This project has brought together education providers, policy makers, and employers, and it’s an example of Fingal County Council proactively ensuring the future economic growth and development of the County.”

Chairperson of Fingal Skills Strategy Advisory Group, Siobhan Kinsella said: “Fingal is a great place to live, work and do business, and this plan will help to continue this. It shows that the Council is listening to employers, taking the views and ideas of stakeholders on board, and this Strategy doesn’t just have recommendations – it has actions, it lays out responsibilities and accountability.”