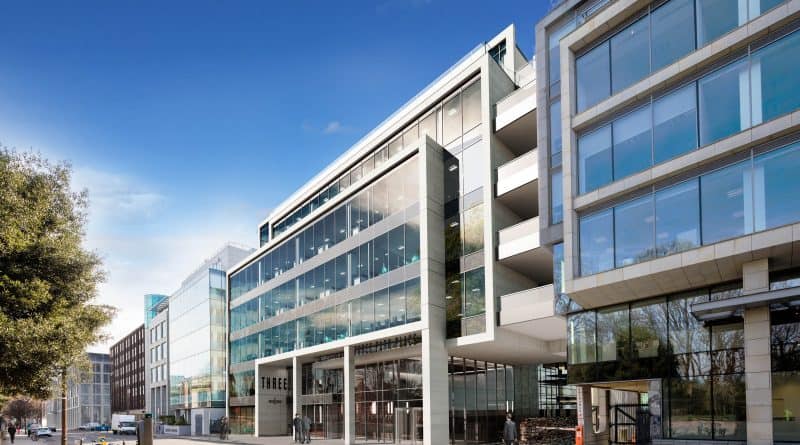 Without question 2018 was the year of the mega tech deal demand for Dublin office space, according to HWBC’s 2018 Dublin Office Market Review published today.

Major lettings to Google, Facebook and LinkedIn helped boost the take up of new space by 8% to 3.85m sq ft in 2018, surpassing last year’s record of 3.6m sq ft.

Whilst this level of demand for 100,000 sq ft plus deals is a positive, HWBC argues that it masks a weakening in demand for smaller lot sizes, with space in the under 30,000 sq ft range slower to fill, reflecting a more cautious outlook – potentially Brexit related – from business in other sectors like finance, professional services and life sciences. 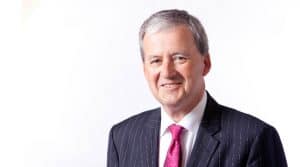 HWBC is forecasting that prime office rents in Dublin will remain at their current level of around €60 to €65 per square foot, a sign that the market is maturing. Lease terms are typically for 20 or 25 years on new or refurbished Grade A space with tenant break options generally available at the end of year 12 or 15.

Facebook’s 823,000 sq ft letting of the former AIB Bank Centre building in Ballsbridge, was the biggest deal of the year, in a Top 10 that also included lettings by tech companies Google at Boland’s Quay and, LinkedIn at One Wilton Place.

Coworking giant WeWork accounted for four of the Top 10 deals, and the co-working sector accounted for 12% of the total market take up for the year. HWBC warns that the sector’s rapid expansion may ease in 2019, as funders and investors re-assess risk and growth rates after the correction in global markets at the end of 2018.

Tony Waters, Managing Director of HWBC said: “2018 was the year of the mega tech deal, and we’re aware of several active requirements from tech companies in the market who are looking to take over 100,000 sq ft of space in 2019. This demand helped us to another record year of take-up in Dublin of over 3.85m sq ft. Although this level of pre-letting demand is very positive for the office market and wider economy, it also somewhat masks activity on the ground where demand for smaller lot sizes is not as active. Overall that leads us to forecast that rents will remain steady at about €60 to €65 per square foot as we reach a more mature phase in the cycle, and one that gives greater clarity to occupiers, developers and investors on the costs and returns available.”

HWBC sees the Dublin suburban office market still in growth phase, with rents expected to exceed €32 per sq ft this year, and the potential to peak to around €35 per sq ft in this cycle in locations like Sandyford and Central Park. Rental growth and demand is again being driven by US FDI companies taking additional space in the suburbs as an alternative and lower cost location for staff. Google is already well established in Sandyford, and Facebook is likely to follow suit with an on-going requirement for a significant building in the suburbs in 2019.

With 1.83m sq ft of new office space completed in 2018, HWBC is expecting a further 2.3m sq ft of space to be completed this year. Much of this will be pre-let prior to completion, with HWBC’s figures showing 80% of new space has already been leased at the point of practical completions, a factor which has helped keep city centre vacancy rates low at 5.4%.

Brexit remains a continuing point of uncertainty in the market, potentially contributing to the weakening in demand for space from some domestic sources. Although over 50 companies have declared for Ireland as a post Brexit location, the UK leaving the EU has had limited positive impact to date on overseas demand for space in Dublin, with most requirements on the smaller scale or modest expansion of operations already here.

Paul Scannell, HWBC Director and Head of Offices said: “Demand for suburban office space will continue to be strong, and is likely to see headline rents over €32 psf this year in the most in demand areas. The impact of Brexit has been more limited than was anticipated, however were there to be a disorderly ‘no deal’ Brexit in March, it is possible that some UK corporates might take more radical action in terms of their location of staff and offices, with a corresponding increase in Brexit-led demand in the Dublin office market.”

You can read the full HWBC 2018 Office Review here.