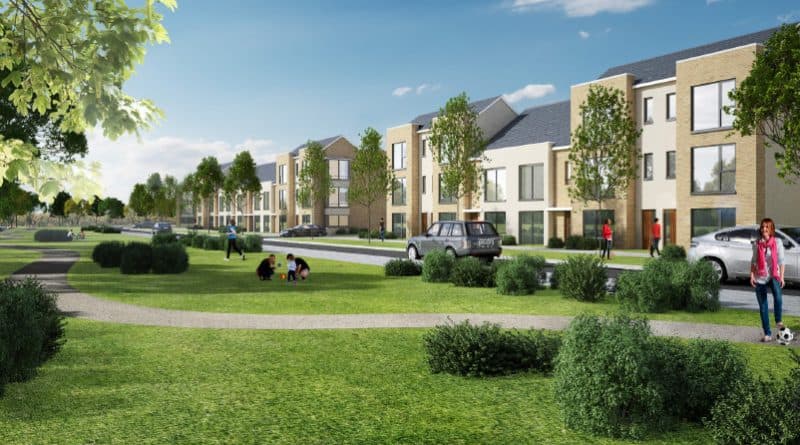 The mixed tenure development which will include 294 social housing units (30% of the development) is the first of its kind envisaged as part of the major urban sites initiative under “Rebuilding Ireland”.

Prior to tender, the Council invested over six months and €500,000 on detailed advance studies including site investigations, archaeological investigations, ecology and environmental impact studies and traffic impact analysis.

This is part of what the Council labels the “de-risking process” which gives potential JV partners confidence in the context of planning and associated risk analysis.  The architectural framework plan established an overall design strategy for the site to guide the development of detailed designs thereby ensuring compliance with National and Local Development plan standards.

The Tender process which commenced in April 2017 involved the shortlisting of an initial nine submissions down to four who engaged with the Council in competitive dialogue before the successful tender was announced. 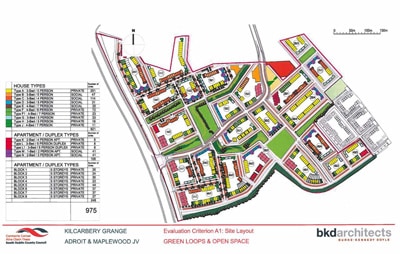 The successful bid by Adwood Ltd. is a consortium of established Dublin builders Adroit and Maplewood.  Adwood Ltd. will pay the council €38m and deliver 294 social housing units at competitive rates over four years.

In return for state support through the Local Infrastructure Housing Activation Fund (LIHAF) of €2m, the developer has also committed to delivering 50 units at prices discounted to the market.

The 681 private houses include a comprehensive range of 3 and 4-bed houses as well as 272 one, two and three-bed apartments. The tender also includes an 847 Sqm community building which will be handed over to the Council. As much of the master planning and pre-planning studies have been completed Adwood Ltd. has committed to securing planning and being on site by early summer of 2019.