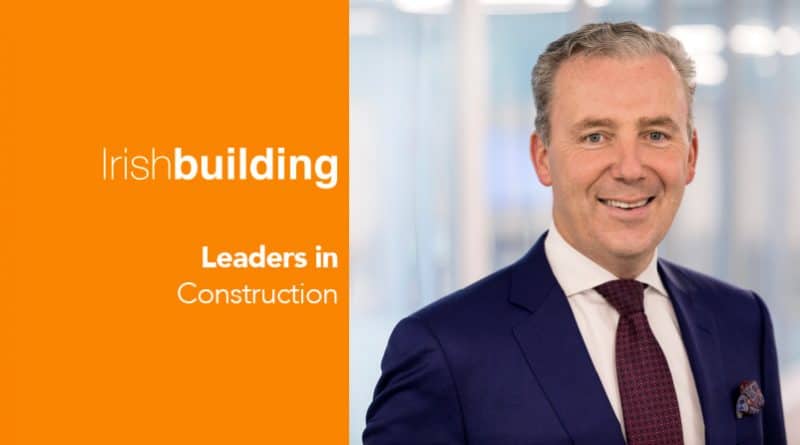 Employing 1,100 people across three continents, Dublin-headquartered Designer Group is on a programme of sustained growth.

The electronic visualisation lab at Designer Group’s new Blanchardstown headquarters is a telling indicator of both the company’s ambition and its determination to integrate innovation throughout the business.

The area, which includes a high-end projection system, VR system and touch screen TV, allows staff, external consultants and clients to virtually step inside their designs. “Clients put on the 3D goggles and we put their job up on the wall and walk them through it,” explains Designer Group chief executive, Michael Stone. Using the system enables changes to be made at an earlier stage and ensures quicker sign-off and validation, as well as managing the expectations of all stakeholders.

Set up in 1992 by Stone, who had previously worked in ESB, the mechanical and electrical engineering business now employs over 1,100 people directly across three continents and operates across the commercial, pharmaceutical, industrial and energy sectors, as well as the data centre space.

Over the last 10 years or so, the company has had a conscious diversification strategy across sectors and geographies. It has developed a sizeable business in the UK and extensive operations in Africa, and also recently purchased an energy consulting company in the United States. Revenues this year will be around €200m, with Ireland and the UK accounting for 40% each of that total and the United States and Africa each representing a 10% share.

“Our business is now very much focused around making ourselves a diversified, multi-disciplined organisation so we’re not as exposed to recession in any particular sector,” says Stone.

The expansion into the UK started in 2006. “It’s a very developed market so breaking in was very difficult. Over the last 12 years, we’ve established ourselves as a tier 1 contractor in the London market. We have over 200 staff in the UK now and have seen no negative effect from Brexit there yet.

“We see the UK economy as healthy and we have a strong workbook there for the next two-and-a-half to three years.”

The Irish market, meanwhile, is more volatile and extremely competitive, he says. “One of the big challenges we see in the industry is wage pressure. People in the sector who stayed in Ireland didn’t get pay rises during the recession and now it’s catch up time for them. Plus, there is a supply and demand issue: there aren’t enough people to deliver the projects, so there’s very serious wage inflation out there. For companies tied into fixed-price contracts that’s an issue.”

Designer Group is currently engaged in a large number of projects all over Ireland, including Capital Dock and the refurbishment of Government Buildings in Leinster House. Notably, it recently got the go ahead and financial close on the new DIT campus at Grangegorman, with work due to begin later this year. Work is also about to start on the new ESB headquarters in Fitzwilliam Street.

In Kenya, it is working on a large brewery project for Diageo. The company has 50 of its own operatives over there working with more than 200 local people to deliver the project.

Work is also underway on a new power plant project in Lumberton in North Carolina.” It’s a conversion of a 60 MW coal burning power plant to chicken litter and wood chip,” says Stone.

Notable UK projects at the moment include the new Boeing hangar at Gatwick Airport and three 60-storey mixed-use commercial and residential schemes, including one for Ballymore and another for Brookfield Multiplex.

Energy is a growing area of focus. “There have been great developments in biomass and renewable energy throughout Europe and the purchase of the energy consulting business in the US gives us a big intellectual asset that we’re going to use in the Irish and UK businesses.

“Electricity demand is growing rapidly in Ireland and it’s also a huge issue in the UK where the grid is at full capacity. Being able to provide alternatives and expertise while solving issues around carbon footprint is something I think a lot of companies will be very interested in getting involved in.”

Around 190 of Designer Group’s current employees – including 170 of the Irish headcount of 750 people – started their careers as apprentices. “They’ve come through our business and have been promoted and gone on to do engineering, quantity surveying and project management degrees. Most of our supervisors on our sites came through our own apprenticeship programme. They are the backbone of our business.”

Stone believes companies that have stopped running development and training programmes are now paying the price. “If you train your own people and invest in them they will repay you. Our people have travelled the world with us, they can see the opportunities that are being presented to them and they are taking them.”

He also feels strongly about trying to attract more women into the industry and this was an area he put an emphasis on when serving as president of the CIF in 2016.

“Employers need to provide better facilities for women. I think a lot of building sites traditionally are not set up in a way to allow women to work comfortably. My own opinion is that the secret to getting more women involved in the industry is the further development of off-site fabrication. We’re seeing more women interested in working in 3D modelling and BIM technology, as well as the more traditional quantity surveying and engineering professions.”

With a general shortage of professionals and tradespeople in the industry, Stone also sees innovation, like off-site fabrication, as the way forward. The company currently has off-site fabrication facilities in Dublin and the UK. “That and utilising BIM and 3D technology to build as much as we can off-site reduces the number of people that need to be on-site, and it improves quality and health and safety.”

Stone considers the Ireland 2040 plan to be ambitious and positive, albeit backloaded. “We’re seeing issues now around lack of investment in infrastructure over the last 10 years. It was a decade lost to Ireland.

“You cannot overemphasise the value investment in infrastructure brings to our country, both socially and economically. I would be very positive around the developments that are being proposed. The time it takes to get these things to site is frustrating but fortunately we live in a democracy and there are processes that have to be gone through.”

As regards addressing the housing crisis, Stone believes Irish developers with a track record of building large-scale, high quality developments need to be properly engaged by government. “Otherwise we are not going to meet the demand. There are lots of small-scale developments going on, but not enough big-scale projects. To really solve the problem we’re going to need to see the big players, who know the market, brought back in to get multiple schemes of hundreds of houses and apartments built.”

In general, Stone says he is very proud of the construction industry and the mechanical and electrical engineering sector. “I think we have in the sector some of the best companies in Europe here in Ireland. They have shown great adaptability and energy in growing their businesses by expansion abroad. International companies coming into Ireland have taken companies like ours and our competitors with them into Europe and beyond because of the can-do attitude and the quality of our people.”

Despite the challenges of the day job, Stone currently spends about a day and a half a week as voluntary chair of the Dublin North East Inner City (NEIC) regeneration programme, having given a commitment to Taoiseach Enda Kenny last June that he would spend two years in the role. His remit is to ensure that the 54 recommendations set out in the Mulvey Report are implemented.

The content of this site is subject to copyright laws and may not be reproduced in any form without the prior consent of the publishers. The views expressed in articles do not necessarily represent those of the publishers. This article first appeared in the ‘Leaders in Construction’ issue of Irish building magazine June 2018