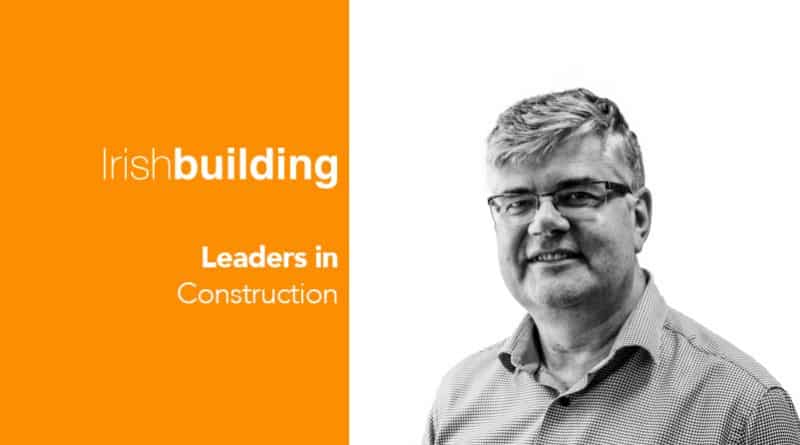 Firmly focused on a strategy of continued development and improvement, Mercury Engineering is looking forward to a future of sustainable growth.

Originally set up as an electrical engineering contractor in 1972, Mercury Engineering has undergone a series of diversifications and expansions to develop into a 2,500 employee business with a €600m turnover last year. Still headquartered in Dublin, the company now operates across Europe and has a particularly strong presence in the data centre space.

Having developed expertise in the mechanical, fire protection and structured cabling areas, in addition to its initial electrical focus, Mercury has taken a sectoral approach in recent years. It now has two data centre divisions – Hyperscale and Enterprise, as well as Life Science and Technology, Building Services, Fire Protection and Healthcare.

The largest in terms of revenue generation, the Hyperscale data centre business unit is focused on maintaining long term relationships with a number of key clients in Ireland and in Europe. The Enterprise data centre division, meanwhile, is currently providing services to co-location data centre clients in Europe and the UK.

Totalling approximately €400m, data centre work accounted for around two-thirds of the company’s revenue last year. Colm Burke, the company’s Director of Hyperscale data centres, describes the sector as a pivotal part of the business and an area that has seen particular growth in recent years. “It has also enabled us to develop strong relationships and a high level of repeat business with our clients.”

Bound for the most part by non-disclosure agreements, Burke can’t mention specific clients and their projects. “But we have been fortunate to work on some of the largest and most prestigious projects that have been developed in Ireland. We have also developed strong relationships with some of the foreign direct investment clients that are located in Ireland. It’s these relationships that have helped us to develop and expand our business within Europe.”

As well as wanting to be increasingly geographically diverse going forward, the company believes having a range of different revenue streams will be a factor in its ongoing success. For example, there is an increased focus on working with clients on long-term contract and framework arrangements.

A key contributor to Mercury’s growth and success over the years has been its people. The average length of service has also been a positive factor, says Burke. “The number of people within the organisation who have upwards of 20 years’ service with Mercury is huge. People are happy in their work and they also get a lot of confidence from seeing the company’s success.”

Being able to keep a core group of people together has been important, he adds. “That’s what drives the business forward – we have a culture where everyone understands what we’re trying to do and how we’re trying to do it. We have young people coming into the company working alongside people who have been here for 15 or 20 years and they can see a career progression. For them, it’s not just about coming in and doing an apprenticeship for four years and then moving on.”

Burke speaks from experience, having joined Mercury in 1981 as an apprentice electrician. “My progression is a good example of the opportunity at the company. People can see that there are options in the future for them.”

As regards a skills shortage in the industry, Burke believes the issue will be overcome. “There’s no project that hasn’t started and hasn’t completed because of the skills shortage. You will always get the people. But training and apprenticeships are key to the industry.”

Developing apprentices is an important part of the company’s current strategy and its ambition to increase its competitive edge in the construction market. It is currently the largest employer of electrical and mechanical apprentices in Ireland. “Mercury has produced very good tradespeople over the years and some of them have gone on to become engineers, quantity surveyors and project managers.”

Two years ago, the company introduced a two-year graduate programme to develop future leaders. The programme, which takes in approximately 20 people each year, provides a combination of on-site, office-based and project-specific experience, experiential learning and formal training. “Many of the graduates who have gone through that programme have stayed with us and are developing their careers at Mercury.”

Gender balance is a challenge for the company as well as the industry as a whole, Burke says. “Over the years we have had at least four or five female apprentices and they’re still with us. They worked on the tools for a number of years and then progressed into engineering, quantity surveying, planning and scheduling roles.”

He believes increased technology and innovation in construction will make it increasingly attractive to women. “There’s certainly a move to try to engage with more females but to do that, we have to sell the industry and highlight the opportunity. We need to go to the schools and encourage girls – from as young as primary level – to consider the industry by telling the stories of the women currently working with us who have come through the system. Many of them have a great story to tell.”

But the industry as a whole needs to sell itself better – and not just to women, he says. “The construction industry got a lot of very bad press during recessionary times – some of that was merited but certainly not all of it. I think there are enough great things about the industry that would encourage parents to allow their children to look at it as a potential career, but I don’t believe we sell it enough.”

After 37 years in the industry, Burke needs no convincing that it’s a good career choice. “It’s very satisfying to be able to look at a project when it’s finished and to know, we did it well. Another thing I enjoy is engaging with people and the relationships built up over years. And the job always presents different challenges. If you don’t have those challenges what are you going to do?”

Looking to the government’s long term infrastructural plans, Burke is positive. “It’s good to see some thought as a country around where we go next and what we want to do. If we want to continue to attract FDI, we need to continue to put in place the structures to be able to bring these companies in and ensure that they have everything they need, including the utilities and the land, as well as adequate facilities for staff and families, such as schools and accommodation.

“It’s reassuring to know the government realises we need to look ahead. And I think that’s a lot of what the National Planning Framework is about – what we have to fill the gap if there is a downturn. If we have a plan, we have some hope. Without a plan, there’s no hope.”
Mercury Engineering does have a very definite plan, as set out in its Twenty21 mission, which requires the company “to continuously adopt better practices, improve corporate structure and focus on building momentum in what is an increasingly competitive construction market”.

Going forward, Mercury will continue to look for new opportunities and at different ways of working. “You have to constantly change and evolve within this industry,” says Burke. “There’ll always be different kinds of projects and challenges. If you’re not prepared to change you’re in the wrong business.”