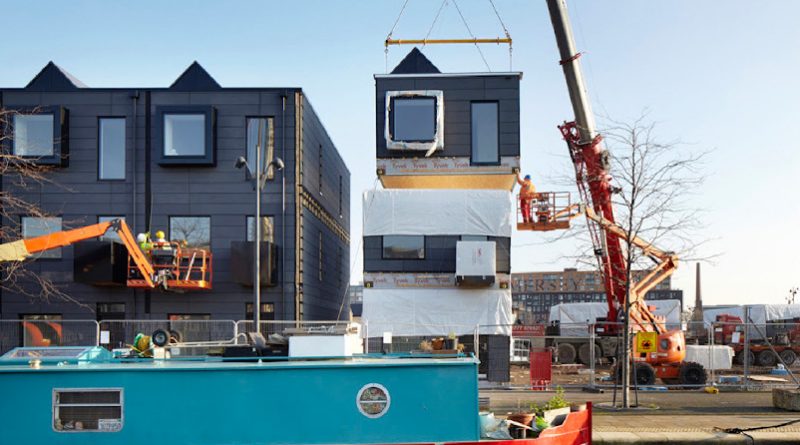 Dublin City Council (DCC) has posted a €1bn eTender for the construction of rapid build homes to meet the ever growing demand for social housing in and outside the capital.

DCC is looking for a Multi-Party framework agreement to Design & Build through the use of 2D Panelised and or 3D Modular or Volumetric construction methods, know as Rapid Build, in two lots. One to cost less than €15m and the other for more than €15m excluding VAT.

Application are accepted until the 1 October and contracts will be offered after November.

The core objective of the Rapid Build Housing Programme is to respond urgently and efficiently to the need for suitable and high quality accommodation for families across the Dublin region.

Minister for Housing, Planning and Local Government. Eoghan Murphy tweeted earlier “Great progress from ‘DCC’ on road to delivering 50,000 houses into stock of social housing over next four years and 110,000 in ten years.” DCC were unavailable for comment.

‘Home at Last – the Experience of Rapid Build Housing in Dublin’’, was a report investigating the Rapid Build strategy from the perspective of DCC’s residents, was carried out as part of the Dublin Housing Observatory (DHO) and its research symposium on ‘Housing and Home’. Commissioned by DCC and conducted by Dr Mel Nowicki, Prof. Katherine Brickell and Dr Ella Harris of Royal Holloway University of London, the report considers the effects of precarious housing situations and the experiences of moving to permanent Rapid Build accommodation.

Based on in-depth interviews with 21 Rapid Build residents from Ballymun and Finglas in late 2017, five headline findings were identified as key components in alleviating the current housing crisis:

Speaking at the research symposium, Dr Mel Nowicki said, “While today’s report, again, points to problems in the private rental sector and family breakdown as major factors creating Dublin’s homelessness, it also notes the range of detrimental effects the experience of homeless has on a person’s physical and mental health. Residents in emergency accommodation are experiencing shame, anxiety and depression, while some participants have described severe delays in young children’s development.”

She continued, “A strong stigma is also felt by many as they face accusations of ‘cheating the system’ or substance abuse, with the assumption that they are to blame for their situation. In addition to some reports of being forced to use separate hotel entrances, residents often coped by avoiding social contact and become isolated, further damaging their mental health.”

The ‘Home at Last – the experience of Rapid Building Housing in Dublin’ Report was commissioned by Dublin City Council and was launched as part of the Dublin Housing Observatory meeting.

More information about the tender can be viewed on the eTender website.