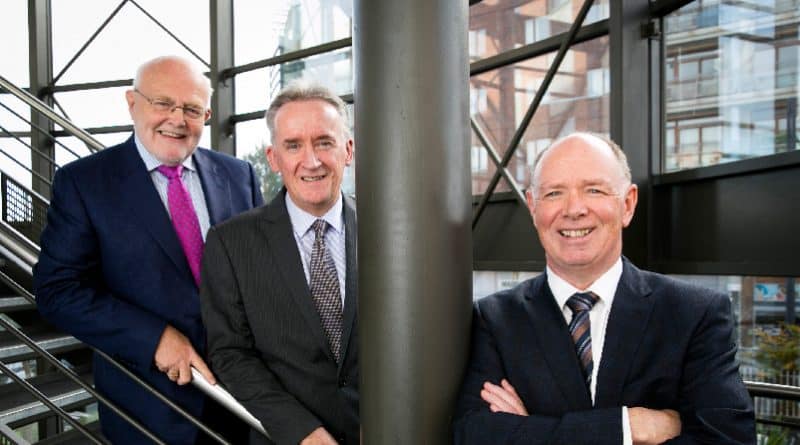 PM Group, the international project delivery company, has reported Group revenue of €336 million, an increase of 13% on 2015.

The Group delivered operating profits of €10.6 million for the year ended 31st December 2016, an outcome in line with prior year. Project activity improved year on year, with a 3% increase in underlying fee revenues although euro translated profits were dampened by market volatility in underlying trading currencies.

The extent and scale of the projects undertaken by PM Group also continued to grow with the Group simultaneously working on three €500 million projects during the year.

“2016 proved to be another successful year for PM Group, with an increase in revenue and a solid performance in terms of operating profit. We also made significant progress on realising the objectives set out in our five-year strategic plan – of which 2016 was the second year. There was marked growth in pharma, our biggest sector, during the year with good levels of capital investment globally. For example, we are currently undertaking a major project for Alexion in Athlone and providing management services to MSD in all of their Irish operations, said Dave Murphy, CEO PM Group.

He continued: “Trading for 2017 has been generally good across our markets with the exception of the United Kingdom. The outcome for this year will be impacted by the deferral of investment decisions by pharma and food clients in the UK due to the on-going uncertainty surrounding Brexit. Notwithstanding the experience in the UK, Ireland remains a strong performer as FDI continues to deliver. We have also expanded our services in Singapore and China given our pipeline of opportunities in Asia.

PM Group’s net assets of €47.1m (up from €42.2m in 2015) enabled the Group to invest in the development of growth locations internationally, as well as further improving its project execution and delivery platforms. Major activity currently being undertaken by PM Group in Ireland include projects for Takeda in Grangecastle, for Glanbia in Kilkenny and for Boston Scientific in Galway.

PM Group Chairman, Dan Flinter said: “2016 was the first full financial year when PM Group operated as a fully independent 100% employee-owned company. We hired 100 graduates in 2016 and launched our industry-leading “Next” graduate programme. We will continue to hire a significant number of graduates each year through to 2020.”

Earlier in 2017, PM Group opened a larger office in Boston, optimised to service the growth of the pharmaceutical and life sciences sector generally in the Massachusetts area.

PM Group has also expanded its service offerings in Singapore and China to full design and construction management, with a number of large projects being delivered currently in the pharmaceutical and food sectors in both locations.

As part of its strategy of servicing global clients within its core sectors via a network of multidisciplinary offices, the Group disposed of its London-based architectural practice, PM Devereux, to Ryder Architecture in recent weeks.