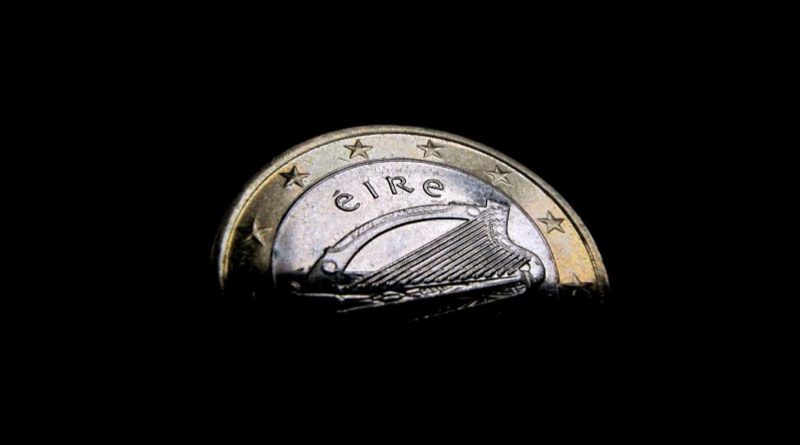 Ireland’s Minister for Finance, Paschal Donohoe, delivered his first Budget today. The backdrop to this was unrecognisable from what his predecessor inherited in 2011, a year in which the deficit was equivalent to 12.7% of GDP.

Minister Donohoe presides over an economy that is set to be the EU’s fastest growing for a fourth successive year (Investec are forecasting GDP +4.8% in 2017), the headline deficit is guided to come in at just -0.3% of GDP in 2017 and the year-end debt/GDP ratio is projected to improve to 70.1%, well below H113’s peak of 124.2%.

Despite this favourable backdrop, the government’s hands are tied to an extent by the EU’s fiscal regime. Therefore it was a case of giving with one hand and taking with another on the tax side, as €335m of income tax reductions were more than offset by €830m of revenue raising measures, mostly targeted towards the property sector (the non-residential stamp duty was trebled to 6%), ‘Leprechaun economics’ (IP transfers by multinationals) and ‘sinful activities’ (higher tobacco duties and a new sugar tax). On the spending side, €1.08bn of new measures (split 4:1 between current and capital) were announced for 2018. In all, today’s announcement means that Ireland will run a general government deficit of €535m (0.2% of GDP) in 2018, versus the €90m (0.0% of GDP) projected on a technical pre-Budget basis in the White Paper released over the weekend.

In terms of the winners and losers from the Budget, the main beneficiaries are households, due to the income tax cuts and increased welfare supports. The hospitality and leisure sectors will be relieved that speculated tax hikes for those areas didn’t materialise. The higher stamp duty on non-residential property seems a retrograde move at a time when: (i) Ireland needs to attract new capital to address office accommodation shortages (the Grade A office vacancy rate in Central Dublin is only 2%); and (ii) State-owned NAMA has c. €3bn of Irish commercial property assets. Taken together, the series of measures to spur increased housing output are welcome.

Given the strong backdrop, the case for an expansionary Budget at this time is weak, but the net package equates to only 19bps of GDP, a modest stimulus and one that is hardly unexpected given political realities (the Irish government has only a minority of the seats in the Dáil, or lower house of parliament). In addition, we think the assumptions underpinning the forecasts set out by the DoF are conservative. For example, it projects GDP increases of 4.3%, 3.5% and 3.2% in 2017, 2018 and 2019 respectively, while we are on 4.8%, 4.4% and 4.0%. The DoF has also left projected tax revenues for 2019 and subsequent years effectively unchanged despite the quantum of tax hikes announced today. These differentials go a large way towards explaining the gaps between our headline debt and deficit forecasts and those of the DoF.

In all, the €1.2bn overall package of measures announced today is small when set against projected 2018 general government revenues and expenditure of €78.7bn and €79.3bn respectively. It also equates to less than half a percentage point of GDP. However, a modest package was always in the offing given the need to achieve the MTO in 2018. With this on course to be achieved it means that next October’s Budget will look markedly different to what was unveiled by the Minister in this Budget. The fiscal space available to him will double to €2.5bn from €1.2bn this time around, although at less than 1% of GDP this is still nothing to get overly excited about. With that being said, with a general government surplus looking achievable next year, notwithstanding an anticipated fifth successive expansionary Budget in October 2018, the Minister is in a position that many of his international counterparts would envy. We would not expect to make any changes to our headline forecasts for Ireland on the back of this Budget, although as noted above on a sector level it is important to highlight that there are a number of winners and losers.

There was a clear focus in Budget 2018 on a range of property related measures, including a significant hike in the commercial stamp duty rate, as well an increase in the vacant site levy.

Commenting on these measures, Padraic Whelan, Tax and Real Estate Partner at Deloitte commented: “A rate increase in stamp duty on commercial property was viewed as needed in the light of tax cuts in other areas which had to be funded. It had been mooted that the rate would be increased to 4%, as opposed to 6%. This may have been fairer and would keep us competitive in our offering to foreign investors. The impact that this will have on transactions remains to be seen.

“There were limited measures in the budget to retain investors in the market or drive supply. In fact, the vacant site levy is to be increased to 7%, which in turn will have to be passed on to purchasers of residential units. Most developers and funds who buy lands with a view to developing it have to go through a long planning process and fund it from their own equity and even then a bank will not lend on an entire site but more likely to do so in phases. In the meantime it looks like the levy will have to be paid. This measure may need further thought and we await further detail in the Finance Bill.

“There was a change in the seven year capital gains tax exemption for investors which allows for an exit after four years. This will help straddle the exit for some investors who want to sell earlier. It’s interesting that some commentators generally felt this measure was being used to hoard land for sale; however a developer or fund buying land to develop and sell would not be entitled to claim it.

“It will be important to closely monitor the overall impact of the tax and non-tax measures announced today in terms of outcomes on the commercial and residential property sectors.”

Following the release of the Budget 2018 today, JLL has mixed views about some of the measures that were introduced. Whilst it is encouraging to see an overall drive for positive economic growth, there is concern about the impact that some of the measures will have on the commercial property market in Ireland.

John Moran, CEO and Head of Investment said that, “Of greatest concern is the 200% increase on stamp duty for commercial property from previous levels of 2% to 6%. This is likely to have a detrimental and immediate impact on property market transactions, particularly those that are currently under negotiation. It will cause an immediate reduction in the value of all commercial property, which at -3.7% will be almost equal to the increase in stamp duty. Stamp duty is a cost that is incurred by the purchaser during an investment transaction, and forms part of the overall gross capital value. The gross value will not change, but with an increase in the costs for the purchaser, that can only lead to the equivalent percentage reduction in net value of the asset. The stamp duty increase is going to have the greatest on impact investors, from those with small-scale individual assets, to those with larger portfolios of real estate, and may not in fact raise as much revenue as the Government expects.

There is a risk that it will lead to a reduction in liquidity from foreign investors, as costs in Dublin and Ireland will automatically be viewed as more expensive. From an investor perspective, it also sends a message about the transparency of Ireland’s operating processes and that they are open to government modifications, particularly after the changes to tax for overseas real estate vehicles in last years’ budget. It also puts us in line with the highest stamp duty rates in some countries across Europe, whereas previously, Ireland would have compared more favourably.

Whilst there has been recovery in the commercial investment sector in the last number of years, we are entering a different period in the market cycle and if the changes to stamp duty create any market disruptions, it may be detrimental to activity. Whilst we were starting to see stability across the sector in terms of demand, supply and values, we hope that the changes announced today do not impact on the sustainability of the recovery.

The reduction in the capital gains tax exemption period from 7 years down to 4 is broadly welcomed. This will hopefully act as a catalyst to investors who were holding property and will help to bring additional investment stock to the market, from both a residential and commercial investment perspective”.

In addition to changes which will impact the commercial property market, there was also a big focus on the residential market in the budget with a number of measures introduced.

Conor O’Gallagher, Director and Head of Residential said that, “Most notably, it is positive to see that the Government has identified the need for development finance, by implementing Home Building Finance Ireland. The €750m that has been identified to provide additional finance to support housing development, is a step in the right direction for helping to address residential supply issues and is promised to bring an additional 6,000 units to the market.

The Budget today also included the official announcement of the vacant site levy, which will come into force in 2019. Whilst this is an effort by the government to encourage development activity of vacant sites to potentially alleviate the severe supply shortages in the residential sector, it still misses the point about development, and in particular the economics of development. The main issue is not the supply of land, but that the cost of development still does not make economic sense in many cases, with taxes, land costs, building material costs and labour shortages being the main issues impeding development. It is disappointing that none of these issues were addressed in the Budget. Further clarification is also sought with regards to exceptions for this levy, and whether it will include zoned-land or shovel-ready sites only.

On the other hand, the Stamp Duty Refund Scheme for residential land which was introduced is broadly welcomed. A refund on stamp duty for developers who commence development within 30 months of purchasing a site will hopefully act as a catalyst for investors and developers who are looking to build residential schemes on these sites. In addition, the reduction in the capital gains tax exemption period from 7 years down to 4 will help to bring additional second hand residential stock to the market.

We also welcome the Social Housing Initiatives and the increase in funding to the HAP Scheme as there are supply issues in all sections of the market and a properly functioning residential market requires a holistic approach that addresses all of these areas”.