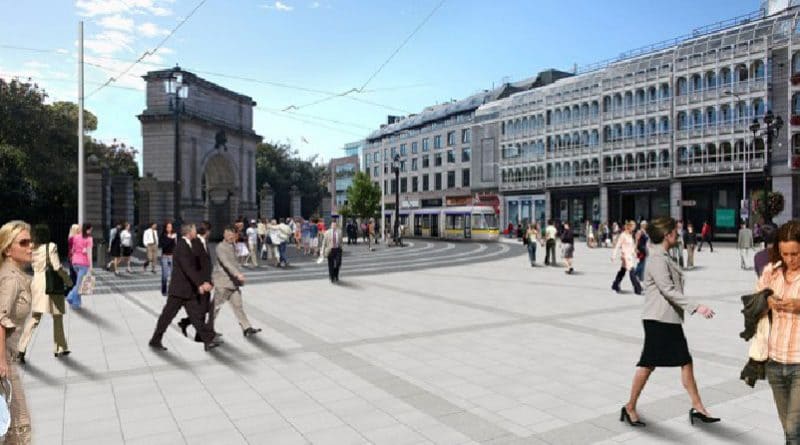 Sisk Steconfer JV has commenced testing the trams on the new Luas Cross City light rail extension in Dublin, the most significant milestone for the project to date.

Running from St Stephen’s Green to Broombridge through the city centre, Phibsborough and Cabra, the new line will link the Luas Red and Green Lines.

Construction works for Luas Cross City are being carried out by a joint venture between John Sisk and Son, Ireland’s No1 provider of construction services with extensive operations across Ireland, the United Kingdom and mainland Europe, and Steconfer, a Portuguese based global railway construction company.

Initial testing known as a ‘gauge run’ began in the city centre on Saturday morning from 3.30am and will continue throughout the weekend.

The gauge run is the first test for the Luas Cross City system in advance of passenger services commencing in December. It consists of moving trams at slow speeds (from 5kph up to 10kph) whilst carrying out a range of measurements and verifying that the new infrastructure (tracks and overhead wires) is working with the trams. 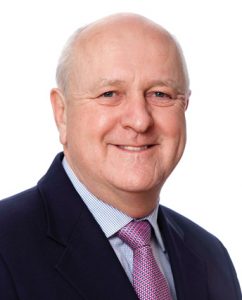 Speaking after the first successful gauge run, Stephen Bowcott, CEO of John Sisk & Son, said: “Today marks a significant milestone for the construction of the Luas Cross City extension and the 800 SSJV employees who have combined their talent and expertise to ensure the success of this project to date. As an innovative, international, engineering and construction company, John Sisk & Son is proud to be part of the SSJV team that will deliver such a large, complex and multidisciplinary project in partnership with our client, Transport Infrastructure Ireland (TII). The progress on this project to date demonstrates Sisk’s track record, scale and capacity to successfully undertake large, complex, multidisciplinary programmes. With the successful completion of the first tram gauge run, the project is now well on course to be delivered safely and on time.”

The gauge run comes almost two years after SSJV commenced works as the contractor for the project. Today’s test brings all aspects of the electro-mechanical and civils works together for this new light rail extension.

Pat Lucey, Managing Director of Infrastructure at John Sisk & Son, said: “John Sisk & Son is delighted to play a vital role in this joint venture with Steconfer in the delivery of this significant piece of national infrastructure. It was our aim from the start to deliver the Luas Cross City extension project safely and on time with minimal impact on the people of Dublin and those visiting the city. With the successful completion of the first gauge run today we are well on track to achieving that aim and look forward to completing works on this project over the next couple of months.”

Luis Bairrao, Managing Director, Steconfer said: “Steconfer is proud to play an instrumental role in the successful delivery of this prestigious and multidisciplinary project.  It allows us the opportunity to demonstrate our expertise and high technical skills required for the construction of railway and overhead line electrification systems. We are delighted with the progress made to date and look forward to the final completion of the project within the next few months. The success of this complex project in Dublin consolidates our role in supporting John Sisk & Son and Transport Infrastructure Ireland (TII) by providing them with our specialised services related to rail infrastructure.

In September the new line will be handed over to Transdev, the tram operators, who will then coordinate the driver training and conclude further tests and trial running of the new system.

In the interim, SSJV will close out the remaining works around the tracks such as road resurfacing, paving, the fit-out of the tram depot and landscaping of the surrounding plaza. These works continue in parallel with the tram testing programme.