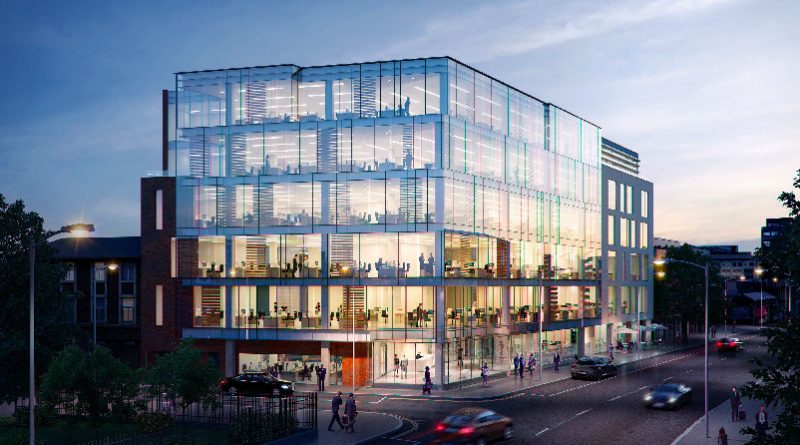 An examination of the key data points around the Irish economy supports Investec’s previous contention that 2016 would be a ‘year of two halves’, with the pace of expansion having dipped sharply in the wake of the UK’s Brexit vote. However, high frequency data suggest that the worst of the pressure has passed say’s Philip O’Sullivan Chief Economist with Investec Ireland.

In October the Investec Manufacturing PMI and Ulster Bank Construction PMI recorded their fastest pace of expansion for four months and seven months respectively. For completeness, while the headline Investec Services PMI continues to suggest a moderation in the sector’s growth rate, at 54.6 in October it is comfortably above the 50 mark separating expansion from contraction.

In terms of the underlying drivers of the economy, core domestic demand (+5.5% y/y in H1) has been the stand-out performer this year. While there has been some evidence that growth here moderated in the second half of the year, a range of indicators – employment (+2.9% y/y in Q3), labour earnings (+1.2% y/y in Q3), housing completions (+17.5% y/y in Q3) and retail sales volumes (+5.2% y/y in Q3) – all point to still-healthy momentum.

Due to this momentum and the more uncertain external backdrop, our expectation remains that the domestic economy will remain the main driver of growth over the forecast cycle. We recently tapered our headline GDP growth forecast to 3.4% for 2017 and 3.2% in 2018, which represent downgrades of 10bps for both years. Despite these downgrades, Ireland is still on course to outperform most of its European peers.

The labour market remains a source of good news at this time. The latest Quarterly National Household Survey shows that total employment expanded at a brisk pace (+2.9% y/y) in Q3 2016, helping the number of people at work in Ireland reach 2.04m, the highest level since Q4 2008. Total employment has increased by 11.8% since the trough and while the official (QNHS derived) unemployment rate has fallen by 710bps from the high reached during the recession to the current (Q3 2016) level of 8.0%, the high frequency monthly unemployment rate suggests that it has declined further since then (to 7.5% in October). The employment components of the PMIs suggest that while job creation slowed in H216, it remains in positive territory. We see employment growing by 2.5% this year and at a more moderate, but nonetheless solid, pace (2017: +1.8%, 2018: +1.5%) thereafter.

The retail sector has been a key beneficiary of the domestic strengthening. Retail sales growth has been in positive territory for almost three years and, despite a gradual weakening in the aggregate indices through 2016, continues to be strong in sectors that rely on discretionary and big-ticket expenditure. Consumer confidence remains elevated and ongoing growth in employment, labour earnings and disposable incomes suggest 2017 should be another good year for the retail sector.

In the housing market, a chronic shortage of supply remains the dominant feature and this dynamic is pushing both capital values and rental levels higher. Current trends indicate that this undersupply, and upward pressure on property prices and rents, is likely to persist until at least 2020.

Buoyed by expectations around the government’s ‘Help to Buy’ scheme, the pace of increase in residential prices has picked up again in recent months. The latest data show that residential property prices increased by 7.3% y/y in September 2016. In Q3 alone, prices were +5.2%, the highest q/q increase since Q3 2014. National prices are now 47% above trough levels and Dublin prices have increased 63% from their trough in mid-2013 although both price levels are still about one-third below the peak levels obtained in 2007.

The picture is broadly similar in the rental market. Data from Daft.ie (Ireland’s biggest property website) show that rents have been growing by an average of 10% between Q1 2014 and Q3 2016, with Dublin rental growth outpacing the national average. The most recent data show both an annual rate of increase (11.7%) and an average national nominal rent (€1,077 p.m.) that are the highest since Daft.ie began constructing its rental indices in Q1 2006. The continued rental squeeze reflects a declining stock of properties available to rent. In October 2016 there were 3,700 properties available to rent on the Daft.ie platform – just 28% of the average amount in the previous 10 years.

The interdependent housing market issues of escalating rents, accelerating growth in prices and a lack of availability in both markets have received a lot of economic and political comment recently, but all have a common source – inadequate housing market supply.

Among the factors contributing to the undersupply are a lack of active developers with access to both the necessary land and finance, large infrastructural investment required on many potential sites and high development costs contributing to insufficient profit margins at current market prices. Although completion volumes are steadily increasing, our forecast of 14,250 units in 2016 remains significantly lower than housing demand and the government’s own housing targets do not envisage output increasing to 25,000 units per annum before 2020.

In the commercial real estate market, transaction volumes remain strong and rents in all sectors continue to trend higher. Conditions in the office market remain particularly buoyant, with strong occupier demand, while the record low vacancy rate is set to be alleviated by some modest additions to the stock as completions begin to come on stream. Retail’s prospects have improved in tandem with the underlying domestic economy, while rising industrial rents augur well for the prospects for that segment.

Following a very strong 2015 and H1 2016, the latest data from the retail sector have been a little softer of late, although the outlook remains positive due to healthy employment and earnings growth. Demand for retail properties remains strong and prime Zone A rents continue to move higher as a number of international brands look to expand their Irish footprint.

Following very strong take-up in recent times prime rents remain on an upward trend and are moving closer to levels at which new development makes economic sense. Although some industrial tenants in exporting sectors will be negatively impacted by the weaker sterling, agents expect continued strong leasing activity to continue to squeeze rents higher.

Turning to the public finances, Exchequer Returns in the year to date have been strong; cumulative monthly tax receipts have been consistently above prior year levels and expenditure has been kept in check. A slight weakening in tax receipts in recent months, at the same time as a multitude of public pay claims have come to the fore, poses a significant fiscal challenge for a weak government heading into 2017.

On the government, one prediction that we got wrong this year was that 2016 would see two Irish general elections. Our rationale was that a combination of parliamentary arithmetic (the coalition can only count on the backing of 59 deputies in the 158 seat lower house) and the Irish parties’ enthusiasm for whipped votes would see the government fail to get its Budget passed in October. In the event, the ‘partnership’ arrangement struck with the largest opposition party ensured that the government would survive into 2017 at least. Opinion polls and ‘events’ will determine its longevity from here. However, while we think that the government’s remaining term in office is likely to be short-lived, it is hard to see any material policy changes arising from a new election. This is due to the similarities between the three parties who currently control 64% of the seats in the Dáil.

In terms of the balance of payments, the narrative here is one of external pressures weighing on export growth. Chief among these is Brexit, whose ultimate impact on Ireland will rest on the trading arrangements to be struck between the UK and rump-EU. For now, the pressure of a weak sterling is having a real-time negative effect on the indigenous export sector, 40-45% of whose exports go to Ireland’s closest neighbour. Similarly, while we will have to wait and see if President-elect Trump’s protectionist rhetoric translates into action to taper global trade growth, it is worth noting that Ireland is very vulnerable to this, given that exports equate to a remarkable 124% of GDP. We prudently tacked back our forecasts for net export growth given all of this uncertainty.