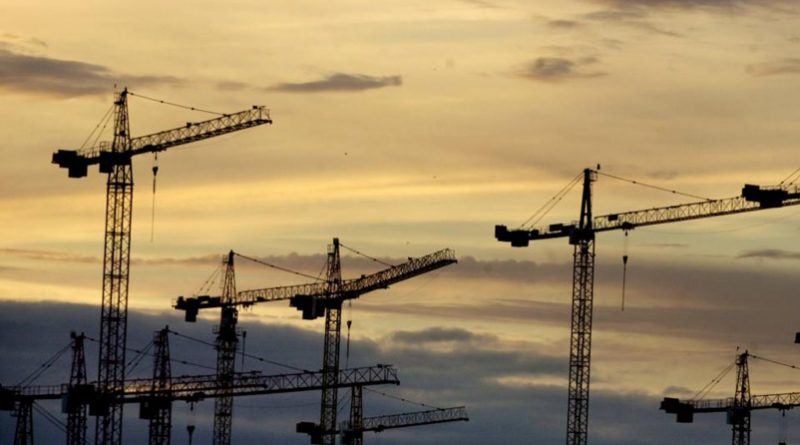 Lessons have been learned from the mistakes of the past, with providers of capital reverting to being more disciplined about the type of capital they can provide, the relative risks attaching to it and the type of return they should earn to reflect their respective risk in the capital structure. This does not mean it will be necessarily easier to fund, or that the cost of funding has gone down, but funding should no longer be a barrier to developers who are realistic about funding costs in the “new normal”.

Where have we come from?

The financing of development and construction has evolved since the global financial crisis. Leading up to it, the lines between debt and equity, plus every type of capital in between, became blurred.  This included the mix between debt and equity and the risk / return that each type of capital earned (or was assumed to earn). It is not necessarily that the risk associated with providing capital or providing different types of capital changed materially in the lead up to the financial crisis, more so that the perceived risk of providing certain types of capital was mispriced. It should be noted that the perception of risk was distorted by the asset bubble, where providers of capital began to believe the value of the underlying security was only ever going to go up.

On debt funding, banks began to provide high levels of senior debt funding relative to the value or cost of developing the underlying asset. The cost of debt funding also compressed due to the competition for assets. In addition, banks also began to provide funding at a much earlier stage of a project’s lifecycle i.e. before planning or zoning. Senior debt providers essentially began to take equity risk, but were still only earning senior debt returns. This risk should only have been taken by developers or equity investors, who in successful projects were rewarded with greater returns relative to the providers of the senior debt providers. Simply put, there was too much debt in projects and it was priced too cheaply relative to the related risk.

On paper, higher debt levels were positive for developers, who theoretically could achieve highly leveraged returns without significant levels of equity investment. What could go wrong? Following the global financial crisis and collapse in property prices, banks not only stopped providing this “equity”, but were also reluctant to provide debt, as they were crippled by the significant exposure to bad property loans.

Fast-forward to 2016 and what has changed? There is certainly more (and different) types of funding available than there has been in recent years. However, the funding model has changed. Although banks have got their appetite back for providing development and construction debt, it is at more “normalised” leverage levels (50% to 65% of development costs) with less funding available for unconsented sites. However, banks are now more limited in the overall quantum and type of funding they can provide to the market. This is primarily driven by increasing regulation and the requirement to hold higher capital against their loan books. Senior lenders are simply no longer willing to provide the missing equity gap. The sector is adjusting to the fact that an appropriate level of risk or equity capital is once again a required component of funding any project. This means that the way in which projects are funded has changed.

One positive from the banking crisis is the emergence of new funds and institutions that provide all or part of the non-equity funding i.e. non-bank lenders. These are becoming real and viable alternatives to the mainstream banks. Non-bank lenders comprise insurance companies, hedge funds, private equity investors and debt funds. This type of capital can be more flexible, which invariably is reflected in the cost, but can have a longer term view than traditional banks. In addition to providing senior debt, these institutions will also provide a variety of other debt like instruments such as mezzanine finance, unitranche funding (stretched senior) and non-amortising debt.

There are a number of attractions for these non-bank lenders to become more actively involved in the sector:

• Higher returns: Non-bank lenders are drawn to the property market by the prospect of relatively higher returns over the long term for their investors (10+ years), which compare favourably to other fixed income products such as government bonds. Property is also viewed as a relatively stable long term investment;

• Risk appetite: Crucially, non-bank lenders have a greater risk appetite, and are prepared to partner with developers where they see added value in the long term. Indeed, some non-bank lenders may be more flexible than traditional banks and hence are able to take an equity position in addition to providing debt type funding; and

Non-bank lenders have certainly helped to increase liquidity in the Irish market and provide certain types of funding that banks are no longer willing to provide. However, it is important to note that they have not and will not replace banks. For example, non-bank lenders are less likely to provide overdraft facilities and revolving facilities traditionally provided by banks.

Despite the entry of non-bank lenders into the market, there is still ultimately a requirement for equity funding. There are a number of new and different types of equity providers that have entered the Irish market, which is particularly relevant for developers hard-hit by the crisis. These developers do not have sufficient equity capital of their own to invest and develop on a meaningful scale, relative to either their capabilities or market needs. However, there is reluctance by some developers to accept that the funding model has changed and that high levels of low cost senior debt financing will not return and higher cost third party equity is required. There is also the issue of control, which a developer would have had with debt finance, but may need to cede to raise the necessary equity capital. Other developers may lack the necessary experience to structure deals to access this type of equity capital. An acceptance of this permanent change in the funding model is critical. Ultimately, developers who do not come to appreciate this new funding reality will be left behind and eventually replaced by developers who either have access to equity capital or are willing to accept more realistic returns.

There are other alternative funding structures that are becoming more relevant for funding construction, mainly in the infrastructure space. The main structure used in Ireland to date has been Public Private Partnerships (PPPs). The primary benefit for the Government is that the expenditure remains off the State’s balance sheet. There are a number of different models, where different levels of risks are assumed by the private sector, but a PPP allows the Government to spread the costs of infrastructure provision over a long timeframe as opposed to large up-front payments. This underwriting by the Government essentially encourages private providers of debt and equity to invest to help fund such projects. There have been a number of recent and significant successes in Ireland across a broad range of infrastructure assets such as roads, schools, courts and social infrastructure (National Convention Centre). While not all assets are suitable for delivery through PPPs, there are certain other types of assets that could be funded through PPPs such as water and wastewater; health; and housing.

There has also been an increase in the level of public equity that is providing development and construction funding. The recently listed Irish Real Estate Investment Trusts (“REITs”) are focused mainly on completed and rented properties, but each allows for a certain percentage of development assets in its portfolio. REITs typically have a low level of leverage, but can use debt to fund acquisitions and construction, which can subsequently be refinanced by equity. There is also one new listed house builder in Ireland, which provides access to the necessary funding to help acquire sites and help fund the construction of new residential properties. Listed equity vehicles have been a relatively standard way to help fund residential property development overseas. Given the Irish housing shortage, there could be potential for at least one other listed residential house builder.

In a sense, funding development and construction has come full circle. The providers of capital have reverted to being more disciplined about the type of capital they can provide, the relative risks attaching to it and the type of return they should earn to reflect their respective risk in the capital structure. The main difference between funding now and ten years ago is that they ways in which developers can fund and the providers of funding now includes a wide array of non-bank debt and non-promoter equity providers. It does not mean that it will be necessarily easier to fund, or that the cost of funding has gone down, but funding should no longer be a barrier to developers who are realistic about funding costs in the “new normal”.