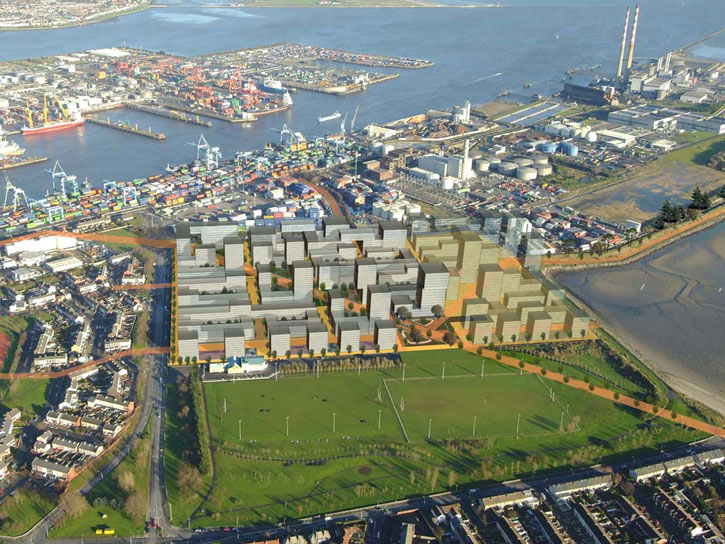 3,000 new homes will be built in Ringsend, Dublin 4 as part of a development plan Dublin City Council has for the former Irish Glass Bottle site.

The site is located in an area adjacent to Irishtown athletics stadium and in view of the iconic Poolbeg chimneys.

A consortium headed by property developer Bernard McNamara, Derek Quinlan and the Dublin Docklands Development Authority bought the site in November 2006 for a reported €412m. The site has remained unused since its purchase.

An Irish Independent article quotes new Housing Minister Simon Coveney as saying about the project, “We need to create and encourage a demand to live in the city, with city living of real quality, and using the transport networks and infrastructure the State has spent a lot of money on.”

“In addition there will be commercial and employment activities including, office, hotel, leisure and retail facilities – all of which will provide much needed jobs opportunities,” the minister added.

Construction is due to commence in 2016.