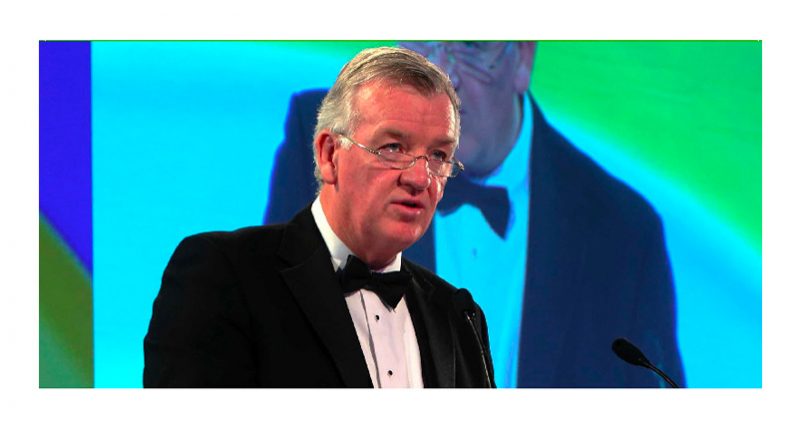 BAM was the big winner at the recent international Partnership Awards—the most prestigious event in the global Public Private Partnership (PPP) industry’s calendar—with the excellence of a number of its Irish projects being specifically recognised at the ceremony.

BAM won four awards on the night, including one for the Schools Bundle 3 project, which saw the construction of eight schools on behalf of the Department of Education and Skills.  BAM also won awards for Best Developer and Special Purpose Vehicle (SPV) Management Company of the Year.

PPP has played a key role in the delivery of Ireland’s health, education, and transport infrastructure in recent years.  BAM has provided the necessary equity for important infrastructure and then take full responsibility for the project’s design, construction, operation, and maintenance for a 25 year period.  The state retains ownership of the asset under the agreement and when the concession period expires, usually after 25 years, the asset reverts to full state ownership.

Discussing its selection of BAM for the overall Best Developer award, the Partnership Awards judging panel highlighted the company’s record of developing new technical and financial solutions for its diverse projects, delivering projects on or ahead of time and within budget, and its excellent relationship with its public sector counterparts.

BAM was also selected as SPV Management Company of the Year.  SPVs are integral to the PPP model, because they bring together the construction firms, lenders, and public bodies in a separate commercial venture to oversee and manage the development of individual projects.  The judging panel commended BAM’s dedication to building strong and lasting relationships with clients and stakeholders; in particular, they noted BAM’s development of new approaches to increase the flexibility in contracts while at the same time offering security to sponsors and lenders.

Schools Bundle 3, which was awarded silver in the Best Completed Project category, saw the delivery of eight brand new Irish schools on time and ahead of schedule in Wexford (Gorey), Waterford (Tramore), Galway (Doughiska), Westmeath (Athlone), Donegal (Letterkenny), Leitrim (Ballinamore), and Limerick (Doon).  The judges praised BAM’s proactive approach in engaging with its client to develop an ongoing process of quality review and improvement at the schools and its incorporation of industry best practice.   Following the completion of Schools Bundle 3, the National Development Finance Agency selected BAM to undertake Schools Bundle 4, which will see the delivery of four post primary schools on time and within budget this year.

BAM also received recognition for its work on the M11 Gorey to Enniscorthy PPP and the Courts Bundle PPP.  BAM reached financial close with the Transport Infrastructure Ireland (TII) for the €350 million M11 Gorey to Enniscorthy motorway project, which was shortlisted for the Best Road Project, at the end of 2015.  The Courts Bundle, shortlisted for Best Social Infrastructure Project, is valued at €135 million and will see BAM undertake the construction and refurbishment of seven landmark courthouses across Ireland.

Commenting on the awards, BAM Ireland Chief Executive Theo Cullinane observed: “These awards demonstrate BAM’s position as a market leader in the PPP sector not just in Ireland but internationally.  The PPP model has a key role to play in the delivery of Ireland’s civic, education, and transport infrastructure.  During the downturn, when financial constraints posed countless problems for the development of the country, PPP offered a solution that ensured roads were constructed, courts were built, and children across Ireland were provided with the best possible school facilities.  BAM is incredibly proud of its contribution to this development and it is incredibly satisfying to have our efforts recognised by our peers in the international PPP industry.”

BAM’s success at the international Partnership Awards continues a string of strong performances for the company in 2016.  At the 2016 Green Awards, BAM won in the Green Construction category for the Corrib Tunnel Project.  The completion of the longest service tunnel in Europe was seen as a significant step towards “First Gas” from the Corrib Gas field, which is expected to provide up to 60% of Ireland’s energy needs at peak production.  BAM was commended for the innovative and creative approaches which were used at every stage of the design and construction phase of the tunnel to minimise environmental impacts.

The tunnel was also recognised on the international stage last year with the International Tunnelling Association naming it Environmental Initiative of the year.  BAM also recently won Engineering Project of the Year for its work on N11 Arklow Rathnew PPP / N7 Newlands Cross Flyover at the CMG Irish Building and Design Awards 2016.