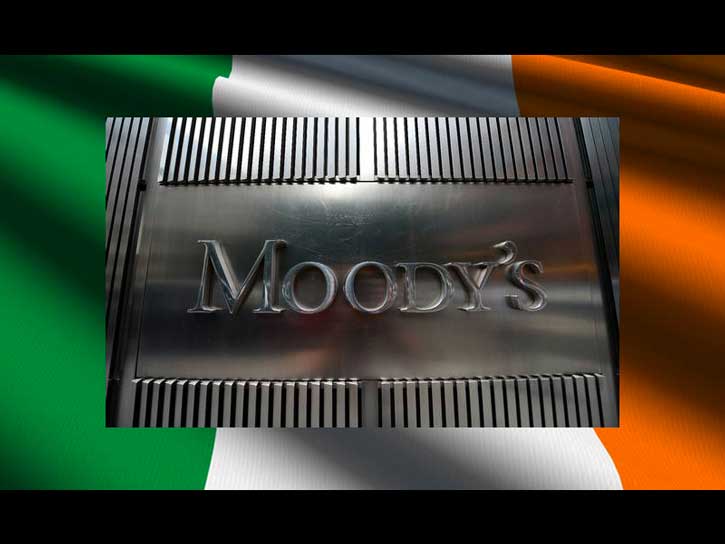 Moody’s ratings agency has upgraded Ireland’s long-term sovereign rating to A3 from Baa1 with a positive outlook.

The results of Moody’s latest review were scheduled to be released on Friday 13th of May but there was a slight delay in Moody’s announcement. The upgrade represents an improvement of one notch on the Moody’s scale. This upgrade continues the recent trend of each of the major rating’s agencies successively raising Ireland’s sovereign rating.

The driving force behind Moody’s positive assessment is the continuing and material improvement in Ireland’s economic growth which has become more broadly-based. Furthermore, the performance in reducing Ireland’s public debt ratio over the past year and improving the funding base of the banking sector with a sounder funding base represents a reduced risk to the State.

Commenting on the upgrade Finance Minister Michael Noonan said: The fact that Ireland’s economic growth rate is the highest in the EU and that the public finances have been placed on a sustainable footing is a clear factor in Moody’s decision to upgrade Ireland’s rating to A3 with a positive outlook. It matches similar decisions by the other major ratings agencies to rank Ireland clearly at Investment grade. This proves Ireland is progressing in the correct direction.

Another key element underpinning this market reaction is confidence that fiscal policy will remain on a stable footing following the recent government formation and that a broad consensus exists on the need to continue with the improvements to the public finances.