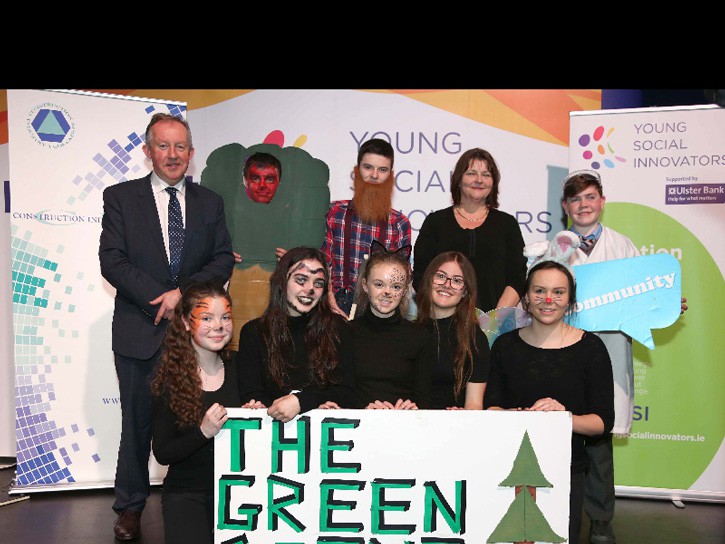 The Construction Industry Federation (CIF), has announced its partnership with the highly successful Young Social Innovator (YSI) programme at a launch in Cork.

Over 500 young children attended the YSI Speak-Out at City Hall yesterday, where teams of school children pitched their ideas about how to change the world to a panel of experts in Cork City Hall.

Director General of CIF, Tom Parlon, said “The schoolchildren involved in the YSI programme are the future leaders of Ireland.  They are already trying to change the world they live in and to shape it into a positive place.  Some of the YSI presentations we’ve seen have made a real impact on the lives of people in their communities, particularly the projects in relation to the homelessness crisis, the immigration crisis, and road safety.”

“CIF members are in the process of shaping the housing and infrastructure that Irish society requires.  This is a vital part of our economic and social development.  At the same time, it’s heartening to see that we have such bright and committed young people working equally hard to shape their communities. They are putting in place a social infrastructure that is as important as the roads, rail and housing CIF members build.  CIF and YSI have a shared agenda to build better communities and improve the living standards of people across Ireland. As a result, CIF members are delighted to support the excellent efforts of YSI teams and participants.  We hope to build Irish society together over the coming decades.”

CIF Regional Director Conor O’ Connell, who is a panellist at the Cork Speak-Out  noted how it was inspiring for him to see “the passion, drive and enthusiasm of students taking part in the Programme and trying to make a difference in the community, standing up for something that they believe in.”

Since 2001 YSI has been empowering and supporting young people to realise their potential as social innovators and to give them the skills and confidence to tackle the social issues facing them, their communities and wider society.  To date, more than 4,000 projects have taken place tackling complex social challenges for students.  YSI Co-founder and CEO Rachel Collier stated: “We are delighted to be partnering with CIF and to be facilitating meaningful exchanges that offer many benefits for both the young people and CIF members. YSI is harnessing the powerful force of our young people while building much needed social capital in Ireland. Through our programmes, we are integrating innovative thinking into schools throughout Ireland by training educators to facilitate youth led social innovation.  It’s when you see the impact of the YSI teams, that the value of YSI is understood. We are inspired to see more and more young people getting involved this year.”