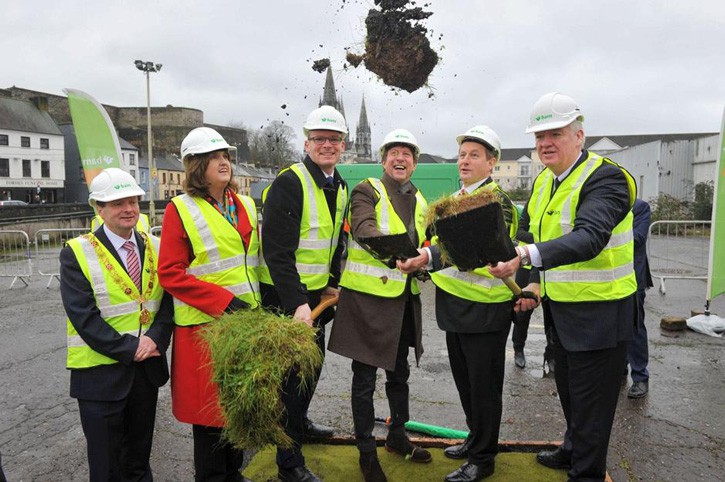 An Taoiseach Enda Kenny TD has ‘turned the sod’ on the €50m Cork Event Centre.

This followed confirmation by BAM Ireland that it had acquired the historic former Beamish and Crawford Brewery site from Heineken – a significant step in allowing the project to commence.

The 6,000 capacity multi-purpose venue is expected to be completed in 2018 and at peak construction will employ around 400 people.  On completion it is expected to support over 1,000 direct and indirect jobs for the Munster region.