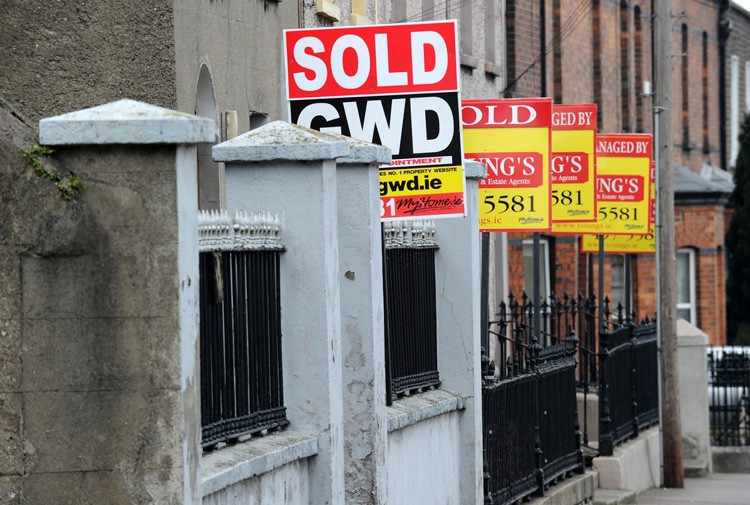 Property values increased across all regions in 2015 and that trend is likely to continue in 2016 according to the Annual Residential Property Review and Outlook Report 2016 of the Society of Chartered Surveyors Ireland (SCSI).

SCSI members expect the price of an average three bedroom semi-detached property to increase by between 4-8% in 2016 depending on location.

According to the national survey of over 700 estate agents and Chartered Surveyors, property values are estimated to have risen by approximately 8.8% nationally in 2015 but to have moderated to 4.8% in Dublin. In 2014 Dublin property values rose by 19.5%.

In Leinster (excl Dublin), values are estimated to have increased by 9.4% while in Munster and Connacht/Ulster they rose by 10.4% and 8.8% respectively.

John O’Sullivan, Chairman of the SCSI Residential Agency Professional Group said the Central Bank’s lending rules had dampened price growth in Dublin and displaced it to neighbouring counties which have experienced an uplift in values over the past 12 months.

“This happened because potential buyers were unable to justify the cost of buying in Dublin or were unable to access the necessary finance. According to our survey, 47% of Dublin based respondents believe that, in the absence of the Central Bank rules, values in Dublin would have grown by between 9.8-14.8%. That’s 5 to 10% more than the actual increase.”

“Most of the growth in values nationally accrued from the regions. The ongoing economic recovery is starting to spread across the country and further increases in property values in the regions can be expected in 2016 as incomes and expectations for the future continue to improve. The outlook remains fragile however and is dependent largely on the employment opportunities and investment for regional towns” he said.

The private rental market experienced another year of continued growth with average rental values increasing by 12% nationally. The growth in rental prices is now outperforming the growth in property values across each of the regions. Respondents to the survey have attributed this trend to the shortage of supply in the sales market which is putting disproportionate pressure on the rental market.

According to the survey SCSI members predict further increases in rental values in 2016, with the average rental value for a three bed semi-detached property expected to increase by a further 5 to 7% depending on location.

Interestingly, 2 out of 3 respondents said they believed that the new rent freeze legislation had increased the cost of renting for tenants.

Mr O’Sullivan noted that the rental increases have come about not just as a result of the broad undersupply of housing nationally, but also because of the difficulties that potential buyers are having accessing finance to purchase a house.

“Allied to this, the collapse in construction output has resulted in virtually zero supply of social housing units to accommodate the growing social housing lists.  Consequently, this cohort of tenants has had to seek accommodation within the private rental sector, putting further pressure on very limited supply” he said.

According to respondents, the supply of housing will continue to be an issue in 2016. Eighty per cent of respondents believe the supply of new homes will be less than demand in Dublin while the figure in Munster is 69%.

“There were some welcome policy developments in 2015, however as we look forward to the General Election and the 32nd Dail, it is imperative that the present focus on housing is maintained. According to the ESRI we need to build up to 25,000 units a year up to 2029. It’s estimated the completions figure for 2015 will be around half this at 12,500.”

“It’s clear more needs to be done in terms of tackling construction costs, the availability of development finance and speeding up the planning process. The setting up of a National Housing Authority to co-ordinate the delivery of housing is vitally important to address our chronic housing shortage” Mr O’Sullivan said.

Sixty one per cent of SCSI members reported an increase in the level of activity in 2015, with approximately 80% of respondents in Munster and Connacht/Ulster reporting an increase. Seventy per cent of those surveyed reported that vendors’ expectations had increased. According to the study, cash buyers accounted for 40% of all residential sales in 2015, however there was a considerable regional variation in this figure. The full report is available at www.scsi.ie