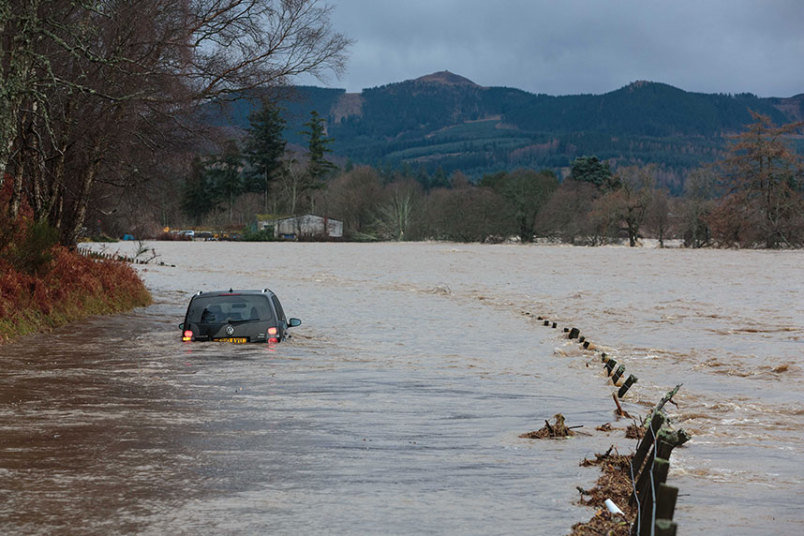 The Minister for Transport, Tourism and Sport, Pascal Donohoe TD, has announced that €106m is being provided to address the damage to transport infrastructure arising from recent storms and severe flooding. Funding was agreed with the Minister for Public Expenditure and Reform, Brendan Howlin TD.

Minister Donohoe said: ‘The most extensive impact of the recent severe weather on the transport sector has been on the road network through both pluvial and fluvial flooding. There has also been some damage to rail infrastructure. This resulted in serious disruption to daily life in many areas and in some cases, the isolation of small communities and households across the country’.

The scale of the damage incurred and the substantial cost involved has required a cross-Departmental response and following the recent severe weather incidents the Department of Environment, Community and Local Government took the lead in responding to the immediate needs of Local Authorities arising from the storms and flooding.  That Department also sought submissions from Local Authorities setting out both the estimated short-term costs and the costs related to damage to infrastructure, including transport.

The €106 million provision now being made reflects the returns made to date by Local Authorities. The Department of Transport, Tourism and Sport will now have lead responsibility for a works programme to deal with infrastructure repairs in the transport sector.

Minister Donohoe said: ‘My officials are in the process of reviewing estimates received from Local Authorities regarding damage to roads arising from the recent storms and flooding.  Following the announcement today, my Department will be engaging closely with Local Authorities to put together work programmes. This funding will also include for preventative works on key roads across the country. The aim will be to ensure that critical repairs are addressed as quickly as possible’.

“The Government fully recognises the scale of the damage and the disruption to people’s lives.  In affected areas, damage to transport infrastructure has included road subsidence, failure of bridges and culverts, failure of embankments and serious ravelling of road edges and pavements. Local authorities need assistance to deal with all of this and the money earmarked today will provide that financial support.

“I would like, once again, to acknowledge the tremendous work of all concerned during the storms and flooding to ensure that warning signs were in place, diversion routes organised and signposted and information and advice made available to the public via websites, social media and local radio together with the great work done at community level.”