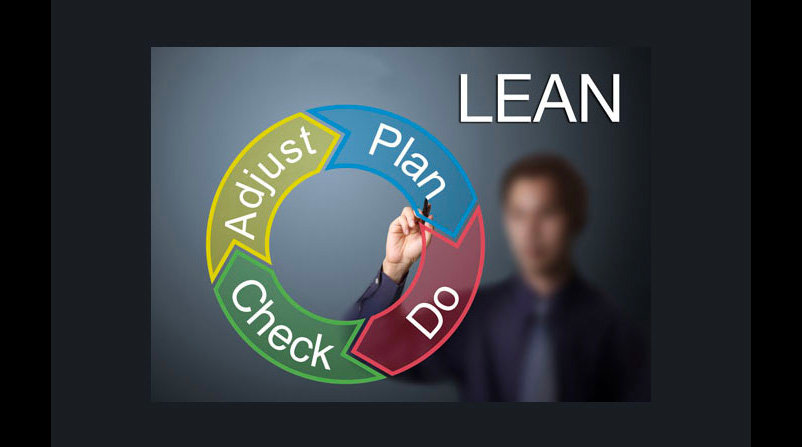 Paul Ebbs was a co-founder and core group member of the Lean Construction Institute Ireland Community of Practice in 2014.

Paul is currently part of the lean consultancy and coaching team at Umstot Project and Facility Solutions, LLC and The ReAlignment Group of California, LLC in San Diego, California. Paul left Ireland in March 2015 to work with and learn from David Umstot and Dan Fauchier who are both recognised as leading experts in lean project delivery in North America. This article looks at three reasons “why” the Irish AEC sector needs to move to a lean project delivery model.

Before we look at what lean project delivery and lean construction are, let’s consider three questions and three possible reasons why?

1. Why has the productivity gap between construction and other sectors consistently increased since the 1950s?

2. Why do projects fail?

3. Why do we need lean project delivery?

Capital projects are quite often unique, one-off, prototypes. The process of transforming an idea into an asset uses lots of human capital from multiple sources. Variability of labour can make the difference between a profit and loss. Typically, design and construction stakeholders’ profit margins are generally low. A general contractor’s margins (on successful projects) are traditionally between 1 – 5% of construction costs. Specialty trades will typically have a higher percentage profit relative to their contract value (10 – 15%). Soft costs for environmental planning, geotechnical exploration, procurement, engineering and design etc. often equate 20 – 25% of total project costs. However, more than 25% of the cost of the design and construction is considered waste, mainly due to lost productivity – e.g. rework of designs and construction. If you think about this on a global scale, €6 trillion or more will be spent by the AEC sector in 2016 – at least €1.5 trillion of this is waste. Who pays for this waste? In reality, it’s every stakeholder in the chain from owner to specialty trade.

Lack of productivity = waste = lack of or reduced profit

If you waste productivity, you waste

According to a productivity study updated in 2013 by Professor Emeritus Paul Teicholz of Stanford University, construction labour productivity in the United States has declined 0.32% annually from 1964 through 2012. During the same time, the productivity of other industries such as IT, manufacturing, agriculture and utilities has steadily increased and the gap is widening. During the early 1990s, Greg Howell and Glenn Ballard (Co-Founders of the Lean

Construction Institute) established that one of the key reasons for low productivity was poor planning. One thing we can say for sure, is that the best made plans always change. As Mike Tyson famously said “everyone has a plan until they get punched in the face!”

Since the 1960s, the Critical Path Method (CPM) has been the predominant form of scheduling for the AEC industry. At the same time there has been huge technological advances in software, materials, machinery and equipment. However, our planning methods and practices have largely remained the same. In Higher Education, CPM scheduling is taught to almost all construction management students – including myself back in 2011. Traditionally, CPM scheduling focuses on the 1st (owner), 2nd (designer) and 3rd (general contractor) planners, to plan all the work. Lean terminology recognises this is as “push” planning. Regularly, CPM schedules will be developed by just one or two people. Their combined experience may only range between 10 and 70 years. They predict the manpower for each trade; what they will be doing and where they will be located during every working day of the project based on past experiences and productivity rates. However, these rates include the waste that is historically part of processes.

If you think of planning in a personal context, how productive would you be if someone not familiar with you or your routine planned out your day, week, month or year? Could you make reliable commitments to complete your work? Or, are you better at organising your own daily work schedule? How often do CPM schedules actually reflect the work that is going on? Have you ever seen a crew of painters, tilers, carpenters turn up for work (as the schedule predicted) and the work is not ready?

One of the tenets of lean is employee involvement in the process. Toyota, empowered the workforce to stop the production line if a fault was spotted. They had permission to pull the cord without consulting line management. Glenn Ballard and Greg Howell converted this idea to design and construction planning. Their solution was to empower those who do the work, with permission to reject work, by providing the last planners with the power to say “no” or “yes, if this happens”, in order for them to make reliable commitments.

So, in the 1990s, Ballard and Howell developed the Last Planner® System. One element of Last Planner® is “pull” planning. The last planners, those who are closest to the work such as designers, site managers, trade foremen and suppliers, collaboratively plan their own work. They begin to understand the needs and scope of their colleagues work, and the impact their work has on others. Collectively, the experience of the last planners usually exceeds three, four or five centuries. They are empowered to make their own time and resource commitments to achieve project milestones. Regularly, I have seen design and construction schedules reduced by 25% using Last Planner®. This happens because of the collaborative conversations that happen at the wall. The schedule is developed by all the relevant people who are closest to the work and understand it best. Another benefit of Last Planner® is that it helps deliver “bad news” early, before it happens in the field!

Most traditional procurement processes for larger projects (>€100M) are complex and can literally waste millions of euros. Unsuccessful bidders often have to increase their overhead percentages to cover these wasteful non-productive procurement practices.  Customers (owners) pay for the waste through its impact on their own overhead, and their bidders’ overheads, which subsequently impacts the total cost of all contracts. Lowest price is rarely best value.

If you look back at how the Empire State Building was designed, demolished, constructed and occupied in just 20 months in 1931. Why was this possible then, and not the norm now? Something similar like the new World Trade Centre took over 11 years to build. A recent ENR (Engineering News Record) article “Why Mega-Projects Fail” surveyed 3,700 projects in the United States.  It reported that 37% of projects below $750 million and 2/3 above, fail. Failure was deemed as cost or schedule slippage by more than 25%; the project overspent compared to the industry average; or there were severe and continuing operational problems lasting more than two years after start-up.

Traditionally, the procurement, design, construction and operational phases of new assets are siloed, disconnected processes, focused on creating value in each stage. The more disconnected and fragmented a process is, the more waste that exists between inventory handoffs (information, materials or products). This inventory is exchanged between “customers” (owners, designers, general contractors, specialty trades, end users and facility management). The customers involved in each phase are normally in separate locations/trailers and can sometimes be in different time zones. As a result, making inventory flow can be difficult. Normally, it is distributed in batch sizes, resulting in longer waiting times (waste). Errors in basic data, including engineering design and constructability, lead to the failure of about 30% of mega-projects. Often, rework is required because the inventory is incomplete or incorrect. Fully understanding the next customer’s inventory requirements is critical to improving flow.

The procurement route and type of contract will influence team alignment and how information is shared. Hard bid traditional contracts leave little room for collaboration and innovation because each separate contract must deliver a certain aspect of a project for a fixed sum. Strict specifications limit innovation. For true innovation to exist on a project, money must be able to cross contractual boundaries. This is difficult under traditional procurement methods but is made easier using more innovative Integrated Project Delivery methods.

Alignment of Project Teams and Goals

If we take soccer as an analogy, it is rare that choosing the least expensive player for each position produces a winning team. Adversely, choosing the most expensive players does not guarantee success. Common traits associated with successful soccer teams is good leadership, teamwork, dressing room spirit and having fun! The whole team needs to be performing as a whole and communicating with each other. In times of adversity, they need to think on their feet (be agile) and adapt to the situation. The manager (coach) on the side-line can observe and advise, but, at the end of the day it is up to the players on the pitch to perform, together and for each other.

In construction, difficulties arise on every project

However, successful teams and projects overcome these. Traditionally, teams and companies are focused on maximizing local productivities. Contractual requirements reinforces this behaviour. Projects are set up using separate contracts for different disciplines. When the contracts are being “enforced” on site it is not unusual that the scope of work is different and there are grey areas between the handoff of work between specialty trades. Unless this is dealt with immediately, the flow of work is interrupted.

Understanding “why” we need to change is a critically important first step. There is a better way to procure, plan, design, construct and operate assets that can realign and focus teams on Project First Thinking to reduce the embedded waste in the current system. The next article will look at “what” lean project delivery and lean construction are, and what they are not.