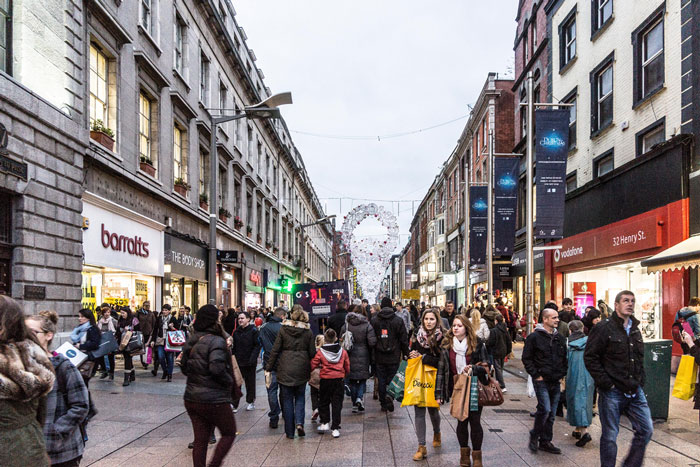 After a long period of inactivity, the sale of retail premises on Dublin’s main shopping streets re-ignited in the third quarter of 2015.

According to a new report by international property consultants Savills, in the five years between Q1 2010 and Q2 2015 just eight shops changed hands on Grafton Street, with a further three premises traded on Henry Street / Mary Street.  However this changed suddenly in Q3 with eight assets in these locations trading between July and September.

John McCartney, Director of Research at Savills Ireland commented; “This upsurge was facilitated by the sale of the Sovereign Portfolio – a package of properties that included six shops on these streets.  However, investors’ appetite to buy these prime retail assets when they become available demonstrates the confidence that now exists in the Irish consumer economy.”

“This has created business opportunities for retailers, leading to higher occupancy, rising rents and expectations of strong further rental growth. Indeed, Savills’ econometric models indicate that Grafton Street rents will rise by a further 30.5% between now and the March 2017.”

In addition to improved trading conditions, Savills says that the demand for retail assets reflects the extent to which investment in other sectors has led to yield compression, causing investors to widen their focus.  €530m of commercial property deals were done in Q3 and, reflecting a trend which has seen the retail share of investment gradually increase, 52% of these sales were accounted for by shops.  Sales of retail premises on Grafton St. and Henry / Mary St. during Q3 amounted to €116m.