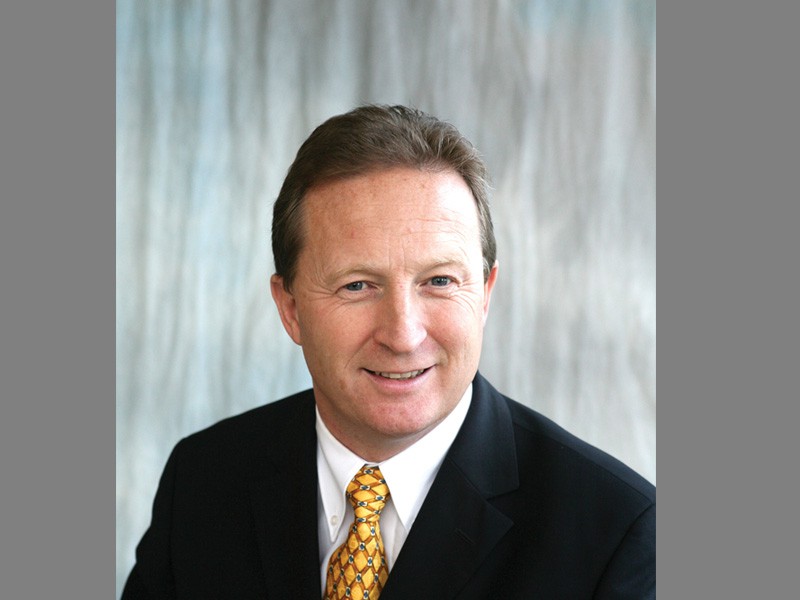 Ensuring customer satisfaction is part of the ‘Kirby Way’ and it is helping the company win repeat business and  find new business in new markets.

Founded in Limerick in 1964 by brothers Michael and Tom Kirby, the two-man electrical contracting firm has grown into an international engineering and construction group with a formidable list of blue chip clients who rely on the company to deliver complex and demanding projects time and time again.

Today, Kirby has offices in Ireland (Dublin, Galway and Limerick), the UK (London, Warrington and Glasgow) and continental Europe (Brussels). Turnover has doubled in the last two years and in 2014 Kirby had revenues of €120m and employed in excess of 600 people.

A key to the company’s continuing success and growth is the ‘Kirby Way’, says group Managing Director Fergus Frawley.  The Kirby Way is part of the company’s distinctive corporate culture where a premium is placed on collaboration, innovation and integrity and where customer satisfaction is paramount.  When new graduates are recruited into the company, Kirby works to instil them with this corporate culture and common sense of purpose.

“The result is that we have a strong sense of camaraderie and a very strong work ethic,” says Frawley. “There is a relentless drive for success and a desire to be the best.  With our roots in Limerick, it’s no surprise that we see ourselves as being a bit like the Munster rugby team! We will overcome the challenges, produce the results and ensure customer satisfaction at all costs.

“We’ve worked hard to grow the business and expand our capabilities. It’s not about being the biggest; it’s about building relationships with clients.  We wanted to build a company that was respected; a company that you could trust to deliver excellence every time. And I’m happy that we have done that. A client gave us a reference the other day and it said ‘I think you care about the success of this job as much as we do’ and he was right.”

A large part of the company’s business comes from the manufacturing and industrial sectors, notably in life sciences and bio-pharma, where it has established a strong client-base among the world’s leading companies, including AbbVie, GSK, Pfizer, UCB Group and Roche. Kirby works closely as a project partner with its pharmaceutical clients to deliver solutions that ensure that production and process facilities operate to optimum efficiency with close monitoring of process variables. The company provides specialist installations for HVAC and associated pipework, and also provides power solutions for the HV/MV requirements of large manufacturing plants.

Fergus Frawley reckons that Kirby has connected more wind farms, and more wind farm generating capacity, to the national grid than anybody else.  “When the recession hit, we were sheltered from the worst effects because of our wind farm work,” says Frawley. “We were also helped by the fact that we were working on electricity generation and T&D projects in the UK.”

Kirby’s decision to establish a presence in Britain is part of a market diversification strategy, but the initial move into Britain was prompted by a request from a long-standing client, Siemens, to tender for work on the Marchwood Power Station in Portsmouth. That led to the establishment of the company’s London office and the Warrington and Glasgow offices were opened as Kirby won contracts with utility companies, notably Scottish Power, and with UK wind farm operators.

Initially, the bulk of the company’s clients in the UK were pre-existing clients with operations in Ireland, but now 70% of UK business is from new UK clients. “So far, once we’ve been engaged the first time, we have never failed to generate repeat business from a UK client,” says Frawley. “We are doing very well in the UK, because we operate a little differently from UK contractors. We are more proactive and  more focussed on creating a win-win solution for everybody.  If there is a problem, and an issue needs resolution, we will try to avoid a stoppage and will divert staff to work in other areas, so that the project keeps progressing while negotiations are underway.  “Similarly, we followed a client to Europe when setting up an office in Brussels.  All of mainland Europe and Scandinavia is served from this office.  We are not in the business of competing with local general contractors in France, the Benelux countries and Germany, rather we are interested in further developing our strong relationships with existing clients and bringing value to projects where we see we can bring value. There are a lot of opportunities for us in Europe in our chosen space.”

“Our target in 2011 was to have 50% of company revenue coming from outside Ireland by 2015, but our Irish business has grown by 50% in the meantime, thanks mainly to the continuing investment being made by FDI companies in Ireland in the pharma and IT sectors particularly.  That said, the UK market is quite buoyant now and has come out of recession ahead of Ireland, so our strategy of building a presence in the UK has worked for us and we are in sight of achieving our original target.

“In the wind farm sector, we can see that by 2020 we might have reached saturation point for Ireland’s wind energy needs, but because renewable energy is now an exportable commodity thanks to the interconnectors, we see room for further increases in capacity in Ireland and there are continuing opportunities for us in this sector.”

Wind farms are one area where Kirby offers clients ‘turnkey solutions’, where the design, construction and commissioning of a facility is completely handled by Kirby personnel.  This is ‘civil engineering in the raw’, where you are having to tackle the logistics of transporting large items of plant to remote mountain tops.  In contrast to this, the other big area where Kirby offers MEP turnkey solutions is in pharmaceutical plants and  data centres, where the environment is totally enclosed and separate from the elements.

Regardless of the location and the environment, Kirby now uses building information modelling (BIM) on most of its projects, where before physical construction begins on site, a virtual 3D model is developed by a team of specialist in-house designers.

BIM was first used in a project involving a major semi-conductor company and following on from that experience in 2012, as part of the company’s innovation plan, Kirby set out to further developed its 3D modelling and BIM capability. Today Kirby employs a team of BIM detailers and believes it has been an investment well worth making because of the way BIM facilitates greater, and earlier, collaboration with all parties involved in a construction project as the technology can be used for clash detection and is also an aid for logistics and for greater cost control and efficiency.

“We use BIM on projects even where it is not specified by clients and we have found it to be to our mutual advantage,” says Frawley. One outstanding example of this is a project involving Allergan, a long standing client of the company. A new filler line was being installed at Allergan’s Westport facility and even though it was not part of the contract, Kirby put together a BIM model that revealed that equipment being assembled in Germany would not fit in the available space – there was a clash with the building’s structural steel. Modifications were made to the equipment, while it was still in Germany, and when it arrived to site it fitted into place with no problems. The BIM model paid for itself with one key clash detection to the delight of both Kirby and Allergan.

One of the many advantages of using BIM is that mechanical elements can be detailed and fabricated offsite, manufactured ready-to-fit and clash free. Recently, while working on a Telecity data centre,  BIM allowed Kirby to accurately install pipework throughout the building before all the  walls were erected. Without the accuracy of the model, this would not have been possible.

Another area where Kirby has been innovative is in the area of LEAN business, which has chiefly been used to control costs, but which is also an aid for improving good practice, innovation and quality management. The company places a strong emphasis on continuous professional development and it runs a graduate and an apprenticeship programme, taking in some 50 apprentices and graduates a year.  “It’s very important to us to recruit the best graduates, to mentor them properly and to develop them so that they become part of the team and are part of the Kirby Way,” said Frawley. “We encourage our trades people to develop themselves and many go on to do engineering degreesor to become quantity surveyors.  We believe that if you are not training, mentoring and developing your people, you are missing a key opportunity to continue improving performance.”

Kirby’s drive for quality is allied with the drive for safety and Kirby has an excellent safety record. This year, for the second time, Kirby achieved a million man-hours without a single lost time accident and in June the Royal Society for the Prevention of Accidents awarded Kirby a gold medal for achieving six consecutive years of outstanding safety performance and six previous gold awards. The RoSPA gold medal recognises Kirby’s sustained excellence in occupational health and safety performance and it is only awarded to organisations that provide evidence of having rigorous health and safety management systems.

“Our people are our most valuable asset,” says Frawley. “Not only do we have a duty of care to protect them, good workplace safety improves job satisfaction. People say there is a cost to health and safety, but really it is a good investment. If your employees know that you are concerned about their health and well-being, they know that you value them and they will go the extra mile for you. If you are interested in safety and in quality of work then you have a happy work force, who will perform at their best.

“And it is because we give of our best that our clients keep coming back to Kirby.”