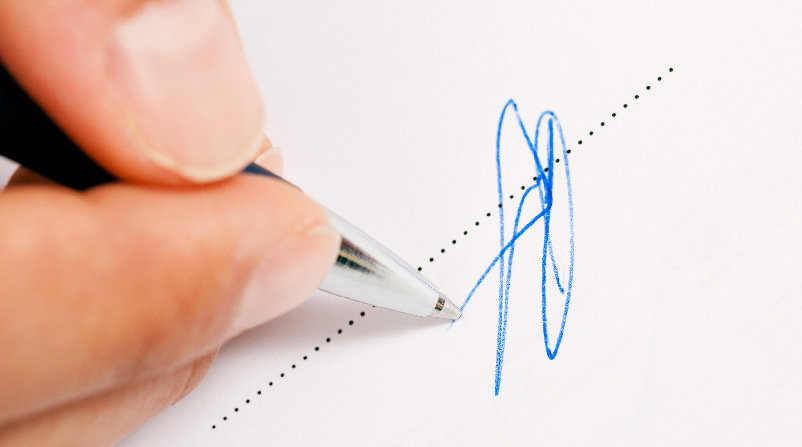 It has been a busy time for the construction industry, as the economy begins to pick up and a growth in levels of activity across a range of sectors, bringing new opportunities for all industry players. This new wave of development takes place against a backdrop of increased regulations and changes to industry practice. With this in mind, this article analyses recent legal developments and looks at what we might expect in the next six months.

Is the end (or the beginning) in sight?

Finally, the end seems nigh in the saga which has been the process for bringing the Construction Contracts Act 2013 (the “CCA”) into effect in Ireland. On 20 October 2014, the Minister for Business and Employment (Ged Nash) assumed responsibility for implementation of the CCA.  Despite a meeting with industry stakeholders to update them on progress, in late December 2014, it was not until the unveiling of Dr. Nael Bunni  in May 2015 as Chair of the panel of adjudicators that there was a true sense that the steps required for the implementation of the CCA were actually happening. In August 2015, the competition for the appointment of adjudicators to the panel was published with a closing date for applications of 18 September 2015. The putting in place of the panel is likely to take a further two months or so, but at the same time, the Code of Practice is being revised (we understand that there may be some substantial changes to the draft Code issued in March 2014), and a Code of Conduct for adjudicators is being developed – quite what this will contain is as yet unknown. All adjudicators will be required to comply with both Codes. In addition, we understand that discussions are in train to introduce new Court rules to facilitate efficient procedures for the enforcement of adjudicators’ decisions.

We could see a commencement order issued before the end of the year, but it is likely to allow a lead in period, such that the CCA will only apply to ‘construction contracts’ entered into after a date likely to be sometime in the spring of 2016. A long journey indeed, but the end does appear to be in sight!

The BCAR have been effective for over a year and despite initial fears, stakeholders are now engaging with the new regulations.

In June 2015, a review of the operation of the BCAR was announced with particular focus on self-build and exemptions to the certification process. Pen was put to paper quite quickly following this, with a new set of amendment regulations signed into law on 31 August 2015 and effective from the following day! The Building Control (Amendment) (No.2) Regulations 2015 provide for owners of certain developments (single dwellings, single unit developments or extensions to dwellings) to opt out of the BCAR certification process by making a statutory declaration, which includes a statement that the owner understands its statutory obligation to ensure that the design and construction still complies with the applicable building regulations. If opting out, the owner will still need to appoint a Builder, but it can consider taking the role of Builder itself in accordance with Article 5(7) (a).

While the development clearly seeks to ease the burden on homeowners and self-builders, it will undoubtedly lead to a “two—tier” system where certain properties will not carry the benefit of certification under the BCAR. The impact on the value and ease of resale of such properties should be carefully considered when opting out.

The construction industry register (www.ciri.ie) was launched in July 2014 with an aim of promoting standards in the construction industry and public confidence.  The register works in tandem with BCAR, with the statutory certificates making reference to the Builder’s CIRI number. While applications to join the new register have been high, registration is not yet compulsory. Despite repeated indications that the register will be put on a statutory footing this year, we have no concrete indication as to what this “statutory footing” might look like or whether there will be exemptions/ exceptions for certain entities. As such, it is now increasingly likely that this next step will not happen until 2016.

Something old, something new.

On 11 February 2014, the Council of the European Union adopted three new procurement Directives (relating to Public Procurement, Utilities and Concessions) into law. These directives replace the current directives and are required to be transposed into Irish law by April 2016 (with e-procurement provisions to be transposed by September 2018).

The aim of the directives is to simplify the procurement process, increase access for SMEs, create more flexibility in the system and achieve some “common societal goals” such as protection of the environment and social responsibility. The Directives do leave the Government a number of policy choices in the implementation of these directives, including in areas such as e-procurement and social issues and so we can expect a lot of discourse on what the final regulations should look like during the next six months. It is worth noting that the directives have been almost completely transposed for England, Wales and Northern Ireland and this may also influence discussions as we move towards transposition.

While it remains to be seen when the Government will achieve transposition, there should be ample opportunity to build awareness of what changes are coming down the line and how these changes will affect businesses, as procurer or bidder.

Juxtaposed with the anticipation of the new regulations, a recent decision of the Supreme Court  has led to the amendment of the current remedies regulations in April 2015, enabling contracting authorities to apply at interim or interlocutory stage for an order lifting any automatic suspension which has come into effect following initiation of a challenge to the procurement process.

All change again, or not?!

Following a year-long review of the Public Works Contract (PWC), the Office of Government Procurement (OGP) issued its report in December 2014 setting out proposed changes to the PWC. The report focuses on achieving a more realistic allocation of risk, whilst still ensuring cost certainty for public authorities, something which the current suite of contracts are accused of failing to do. There are main interim measures proposed:

(a) Rebalancing the risk allocation (away from contractors) by reintroducing the Bill of Quantities as a core contract document (“Interim Measure 1”);

(c) greater concentration on quality criteria in the award process for  works contracts (“Interim Measure 3”); and

On 15 April 2015, following further engagement with industry stakeholders, the OGP issued details as to how the interim measures are to be implemented. Interim Measures 1, 2, and 4 were intended to be included in the new forms of contract to be published in June. However, this timetable has again slipped, but it is hoped that the new contracts may be published in October 2015. A working group including industry stakeholders are currently considering Interim Measure 3 and have yet to report on this.

Once these changes have been implemented, the report envisages further engagement with stakeholders in the medium term to prepare a strategy for 2016 and beyond.  As a result of these proposals, there will be some good opportunities during 2015/2016 to engage with the OGP and play a part in shaping the future procurement of public works projects

One to watch out for…

Following on from the UK government’s support for BIM on public contracts in recent years, can we expect similar support from our government in the future? There is clearly appetite to utilise BIM on public contracts with the OGP Report of December 2014 (see above) referring to it as a “powerful risk management tool” and calling for BIM to be mandatory for “projects of a certain scale and complexity”. Despite numerous calls from stakeholders to bring BIM into the PWC, the report suggests that utilising BIM is considered to be a medium term goal, and not something which is to be rolled out straight away. BIM is already regularly used on projects procured using the public private partnership model.

The adoption of BIM is still evolving but we can expect to see it used on an increasing number of projects in both the public and private sectors.

After a period of gloom and despondency, it is heartening to see the pick-up in activity in the construction sector and real optimism about a brighter, more measured future. That this is combined with new regulation in the sector is not a bad thing, but the breadth of the changes means that all players need to be up to speed with the changes and their likely implementation dates. We have seen a lot happening over the past 12 months and we can expect to see more changes over the next year, mostly, we hope, for the good of the sector!