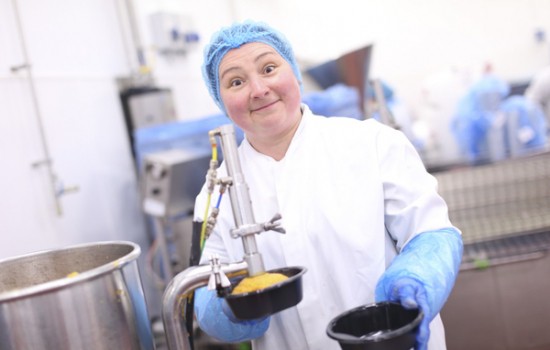 100 new jobs are to be based in a new state of the art food plant created by Lusk based Ballymaguire Foods.

The new jobs which will greatly bolster the existing workforce of 150 will be worth just over €4m per year to the local economy and will include graduate positions in sales and marketing, food scientists and technicians, R+D, new product development, chefs and general operatives, with a further 100 jobs being generated in the construction of the new food plant which will take nine months to complete.

Making the announcement today Managing Director Ed Spelman said: “This is a really exciting time for Ballymaguire Foods as we reach a landmark in our growth and development with strong plans and targets now in place to expand production over the next five years. Our production capability will now grow to over 500,000 meals per week and this will mainly be used to fuel the opportunities we see in the UK and add to our existing business there. We managed to buck the trend during the recession, as we used it to find new opportunities and successfully grow. We are now backing ourselves with this new investment which will help us continue to improve and innovate new food products. Our Irish suppliers will also benefit in the future as all ingredients, where possible, are sourced on the island of Ireland. Ballymaguire Foods currently sources 676t of beef, 2600t of potatoes, 2080t of vegetables, 780t of dairy produce and 572t chicken per year in Ireland.”

“We pride ourselves in supporting the local economy and where possible, local farmers and producers. We’re also very grateful for the assistance we’ve received from the Government through Enterprise Ireland in the past as well as Bord Bia. Our new food centre will be a centre of excellence for food innovation which will drive quality, new products which will fit consumer lifestyles into the future” he continued.

Founded in 2008, Ballymaguire Foods, part of the Country Crest Group, is the largest chilled ready meals producer in the Republic of Ireland. The new jobs and investment will be used to expand the company’s presence in the UK which is leading the world market in the development of chilled convenience meal solutions, The initial focus is on bespoke food and meal products with inherent ‘Irishness’ coming from 100% traceable top quality ingredients. The burgeoning catering and foodservice sectors which accounts for a third of the overall food consumption in Ireland is also growing rapidly and this too will be a target for expansion by the company.