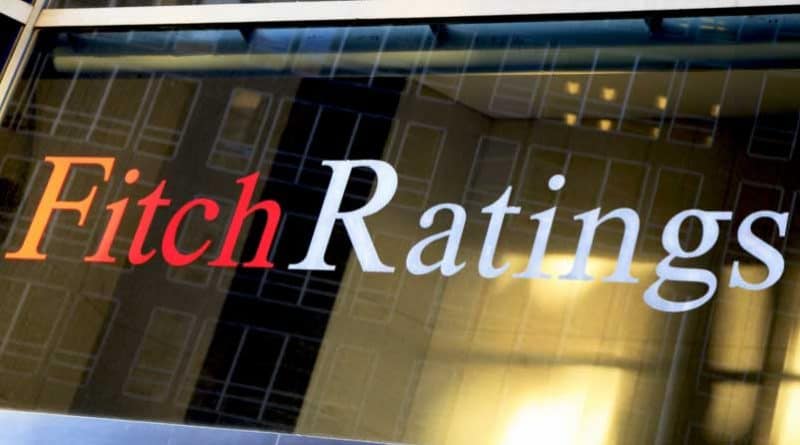 Fitch Ratings has revised the Outlook on Ireland’s Long-term foreign and local currency Issuer Default Ratings (IDR) to Positive from Stable and affirmed the IDRs at ‘A-‘.

KEY RATING DRIVERS
The revision of the Outlook on Ireland’s IDR to Positive from Stable reflects the following key rating drivers, all of which carry a medium weight:

The strengthening recovery of domestic demand and favourable financing conditions buttress the fiscal consolidation strategy. In 1H15, tax revenues grew by 11.7% compared with 1H14, partly due to very strong corporate tax receipts, but VAT and personal income tax also grew by 8% and 6%, respectively. On the expenditure side, Ireland is benefiting from the very low interest rate environment. For example, the EUR18bn early repayment of the IMF loan will result in substantial interest savings over the medium term and illustrates the sovereign’s financing flexibility.

Based on 1H15 performance, Fitch is increasingly confident that the budget deficit will fall below 3% of GDP in 2015 and the first primary surplus will be reached since 2007. This is in line with the Excessive Deficit Procedure target set at the start of the official programme in December 2010, highlighting Ireland’s fiscal credibility.

The solid economic recovery and improving budget deficit imply a declining debt trajectory over the medium to longer term. While gross general government debt (GGGD) to GDP ratio was 107.6% at the end of 2014, more than double the ‘A’ median of 47%, the GGGD/GDP ratio declined by 12pps in 2014, due mainly to one-off factors, improving the shock-absorbing capacity of the sovereign. According to our baseline scenario, GGGD/GDP ratio will fall below 100% by 2018.

The report highlights that ‘The economic recovery has broadened since our last rating review in February 2015. Household consumption strengthened significantly, growing by 1.3% and 1.2% qoq in 4Q14 and 1Q15, respectively. Improving business and household confidence indicators, high-frequency data and employment growth also confirms the recovery. External conditions are particularly favourable in 2015, due to the combination of the ECB’s quantitative easing, euro depreciation, lower oil prices and robust recovery in Ireland’s main trading partners. Ireland as a small open economy with high share of USD and GBP-denominated exports benefits significantly from the weaker effective exchange rate.’

The outstanding senior bonds of NAMA, a contingent liability to the sovereign, have fallen to EUR10.8bn (5.7% of GDP). The total repayment by NAMA by August 2015 reached EUR19.4bn.

Fitch maintains its view that the medium-term growth potential of the Irish economy is around 2%. This estimated growth rate is well below the average growth of the pre-crisis period. The need for further deleveraging, made more difficult by the very low inflation environment will remain a drag on domestic demand. Economic growth is forecast to slow from 4.3% in 2015 to 2.4% 2016 and 2.2% in 2017.

Inflation trends have been broadly in line with eurozone dynamics since 2013. Headline yoy HICP was 0.4% in June 2015, compared with the eurozone average of 0.2%. The period of negative inflation lasted from December 2014 to April 2015 in Ireland, similar to the eurozone as a whole. The GDP deflator will be significantly higher than inflation in 2015, close to the ECB’s 2% inflation target, due to the improving terms of trade, reflecting the weaker effective exchange rate and lower oil prices.

The benign external environment will help the external adjustment of the Irish economy. The recent methodological revision of balance of payment statistics, classifying new aircrafts purchased by Irish resident leasing companies as Irish imports, does not affect underlying macroeconomic trends but has a material impact on the headline metrics of the external sector. According to the new methodology, the current account (CA) surplus was revised down by an average of 2% of GDP for 2013-2014. According to the new methodology, the CA surplus in 1Q15 was EUR1.6bn, compared with a EUR0.6bn deficit in 1Q14.

The sovereign’s financing conditions have improved further in recent months, benefiting from the ECB’s quantitative easing programme. The yield curve reached new historical lows in 1H15. With the early repayment of the IMF loan the interest rate/average maturity profile of the debt has improved substantially. The average issuing yield in 1H15 was 1.5% and the average issuing maturity was 18.5 years.

Ireland retained many of its structural strengths throughout the crisis. It is a wealthy, flexible economy, its per capita gross national income is USD40,000 in purchasing power parity terms, well above the ‘A’ median of USD24,500.

Future developments that could individually or collectively result in the stabilisation of the Outlook include:
– Divergence from the fiscal targets that stalls the decline in the GGGD/GDP ratio.
– Weaker economic performance, particularly if accompanied by a prolonged period of deflation, resulting in a substantial deterioration of banks’ existing loan portfolio or a negative impact on the fiscal stance.

KEY ASSUMPTIONS
The ratings are based on the assumption that the current fiscal policy stance will be broadly maintained after the forthcoming general elections. Fitch also assumes that fiscal consolidation efforts will continue beyond 2015 to gradually reach a 2% primary surplus over the medium term.

The European Central Bank’s asset purchase programme should help underpin inflation expectations, and supports our base case that in the context of an economic recovery, Ireland and the eurozone will avoid prolonged deflation.

In the event of a Greek exit from the eurozone, Fitch assumes this would be unlikely to trigger a systemic crisis like that seen in 2012, or another country’s rapid exit. However, it would increase financial market volatility and dent economic confidence. Source: Fitch Ratings