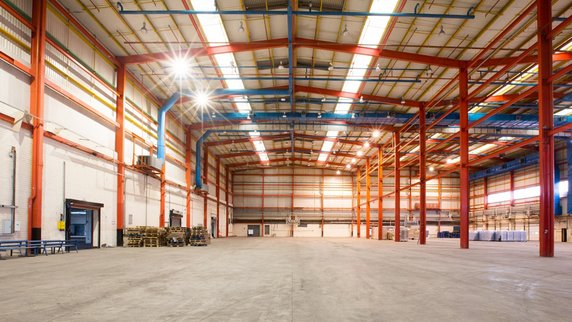 Limerick City and County Council has just signed a deal with Troy Studios that will see a major new film studio in the former Dell Factory in Limerick.

It was initially expected that Ireland’s biggest film company Ardmore Studios was to lease the building from the council. However, it is understood that many of those involved in Ardmore, including Ardmore CEO Siún Ní Raghallaigh, are involved in the new firm. Ms Ní Raghallaigh who is also the director of Troy Studios told the Irish Independent: “The availability of appropriate full service studio space in the country is a restraining factor for Ireland’s audio visual sector’s growth. Today’s announcement is an important step in the right direction to redress that imbalance.

The proposed studio facilities in Limerick include the use of the 340,000 sq ft building in Castletroy, previously used as The Culture Factory for Limerick City of Culture 2014. The intention is for Troy Studios to be a fully-fledged leading studio facility to cater for film and TV productions by the end of Q2 2016. “We’re delighted to be working with Troy Studios in facilitating the company in its plans to establish a significant media hub for film and television production in Limerick,” commented Conn Murray, Chief Executive, Limerick City and County Council. Mr Murray continued: “This is an extremely welcome development as it presents a diverse range of opportunities for the wider arts, crafts and culture sector in the region, and particularly those undertaking third level digital media courses in Limerick.”

Arts Minister Heather Humphreys has welcomed the announcement saying it will enhance Ireland’s reputation as a world class location for audio visual production.

Minister Humphreys said: The Irish film and TV sector is in a phase of rapid expansion. This additional studio space will help the sector here to attract further major productions to Ireland, and will also provide an avenue to allow the domestic market to grow. The audio visual sector is employment intensive, supporting up to 6,000 jobs. It is underpinned by the Government’s tax relief scheme, Section 481, which was enhanced in last year’s Budget. I am committed to working with the industry to encourage further growth. There is very positive momentum in the Irish film and TV sector, which I am keen to maintain and support. Today’s announcement follows the news earlier this summer that Pinewood Studios, one of the biggest film makers in the world, is setting up an office here.