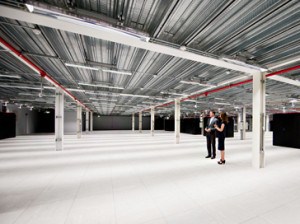 Facebook has been granted permission to build a €200m data centre at Clonee in Co Meath.

The news was reported on the www.cisireland.com website brining to close the ongoing is it or isn’t it question about the major project. The 200,000 sq ft data centre in Clonee in Co Meath will be a major boost to the construction sector and local economy.

Facebook already operates an energy-efficient data centre in Sweden that can be remotely controlled by engineers based in Dublin using an internal Facebook technology known as Cyborg.

Apple has also revealed plans to build an €850m data centre in Athenry in Galway. It has emerged that Apple will also directly fund at least six Irish renewable energy projects, amounting to a potential additional investment of €400m.

It has been reported that the social network giant is hiring electrical engineers with data centre experience to work at its Irish operations.

Data centres are often gargantuan warehouse-like buildings that house tall racks full of humming computer servers that power the internet, e-commerce, email and social media. Ireland is one of the cheapest place to run them thanks to “free air-cooling” due to our mild climate, meaning companies can save millions of euro a year on their electricity bills. To date more than €1.6bn has been invested in so-called server sheds in Ireland, the IDA estimates.