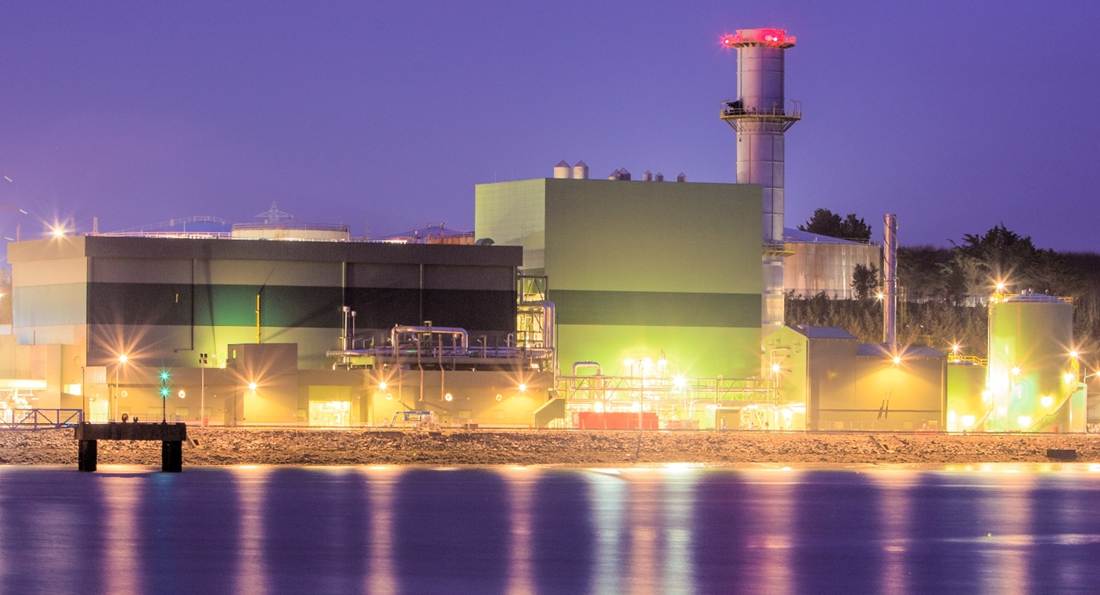 Energy provider SSE has officially opened its new €350m power plant in Co Wexford with the capacity to power more than half a million homes on the Irish grid.

Rhys Stanwix, SSE’s Director of Thermal Development said: “The commencement of commercial operations at the Great Island CCGT is a great achievement for everyone involved in its delivery since construction works commenced on-site over two years ago.

“The project was acquired by SSE in October 2012 from Endesa Ireland in the very early stages of construction. Since then almost three million working hours have been expended by the entire project team in the delivery of this quality asset, and at its peak over 1,200 contractors were employed on-site. The project has now been successfully delivered on budget and to the highest safety and environmental standards in line with SSE’s core values of Safety, Excellence and Teamwork. This achievement is a tribute to the contribution of everyone involved, and it’s one that every team member can be proud of, Mr. Stanmix added.”

The new Great Island CCGT will greatly increase SSE’s share of electricity generated in Ireland.  SSE, which is the third largest generator by capacity on the island, now owns and operates 1,809MW of thermal and renewable electricity generation, of which 1,266MW is thermal generation and 543MW is from onshore wind.

The commissioning of the new CCGT plant coincides with the immediate retirement of the existing 240MW heavy fuel oil power plant which was first commissioned at Great Island almost 50 years ago in 1967. The decommissioning of the existing plant and the addition of the new gas-fired plant to SSE’s generation fleet significantly decarbonises electricity generation in the all-island Single Electricity Market.