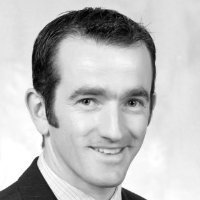 Arup Ireland’s Mr. Aidan Madden presented ‘Design that Saves Lives’ at Design Bites, in Dublin Castle today – a free event as part of Irish Year of Design 2015. Madden led the design response to the 2013 Bangladesh Rana Plaza garment factory. Arup Ireland are improving the structural safety of over 2,500 factories in Bangladesh through the project.

The sudden collapse of the Rana Plaza building in Bangladesh in April 2013 killing 1,132, mostly female workers, forced the global garment industry and their customers to question the true cost of clothing. The response of the global garment industry was a world first; all of the major global brand owners came together to tackle the issue. The umbrella group representing mainly European brands approached Arup to help assess structural safety in their factories.

The response was led by Arup Ireland. Aidan Madden, Structural Engineer, Arup Ireland: “The garment industry is a hugely significant part of the Bangladesh economy, employing more than four million people, many of whom are the only wage-earners in their family. We came up with a pragmatic approach for carrying out this work, focussed on critical life-safety issues and to date an Irish led Arup team has inspected over 750 factories there. Of those, eleven needed to be closed, and around 50 per cent required immediate actions. In total, over 2,500 factories in Bangladesh have been inspected using the methodology developed by Arup.”
DESIGN BITES takes place on alternate Thursdays throughout the year at 1:15pm at the Design Hub in Dublin Castle as part of Irish Year of Design 2015.

About Design Bites
Design Bites is a series of informal design, making and innovation lunchtime talks over a cuppa. In this second series we focus on design creating better lives. These bite-sized talks are a curated range of informative snapshots from designers, makers and innovators. Connecting with themes within Irish Design 2015 exhibitions, DESIGN BITES aims to spark conversation, share ideas and possibly spur new collaborations.
This second series of DESIGN BITES is programmed to complement Hidden Heroes. The Genius of Everyday Things, an exhibition from the Vitra Design Museum presented by ID2015 at the Design Hub in Dublin Castle. DESIGN BITES will take place on alternate Thursdays throughout the year at 1:15pm and finished up by 1:45pm, just in time to get back to the desk.