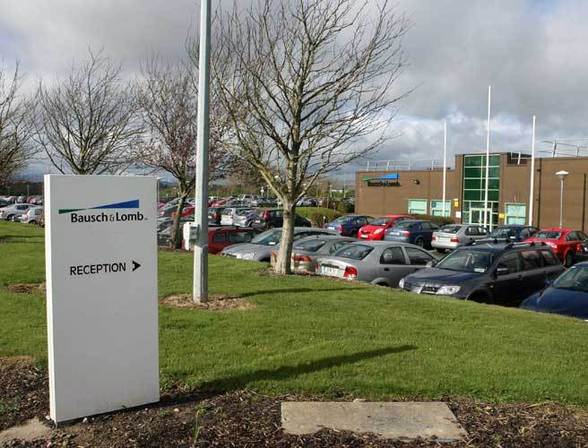 The investment, supported by the Department of Jobs, Enterprise & Innovation through IDA Ireland, is expected to generate 125 additional jobs by the end of 2017 and will provide the Waterford facility with capacity to meet expected demand for its Biotrue ONEday range of contact lenses.

Bausch + Lomb, a Valeant Pharmaceuticals International, Inc company, plans to add 112,000 sq ft of new building on a 17-acre site adjacent to its current facility. Planning permission has been granted for the development. Construction is due to be completed by the end of 2016 and will create 150 construction jobs.

The investment will further strengthen the Waterford plant’s position in supporting Bausch + Lomb’s efforts in increasing market share in the contact lens market and follows a similar announcement in November 2014 that €41M was being invested, creating 50 new jobs. Work on this phase of investment is underway at present. The company currently employs 1,000 people at its Waterford facility.

The Minister for Jobs, Enterprise and Innovation Richard Bruton TD, who has met senior Valeant executives on multiple occasions over the past year, both in Ireland and the USA, said: “I, together with my Department and IDA Ireland have been working hard on different aspects of this project for well over a year now. As we said throughout the process, our priority at all times was to secure the future of the plant and position it for future expansion. The people of the southeast and, in particular, the staff at Bausch + Lomb have been through a massively difficult time. Today’s announcement that, with the support of my Department and IDA, the company is investing heavily in an expansion and creating 125 jobs is a huge boost. I look forward to continuing to work with Mike, Angelo and all the Valeant team as they roll out this major investment and job-creation in Waterford.”

J. Michael Pearson, chairman and CEO of Valeant, said today’s announcement is confirmation of the company’s commitment to continue to invest in the Waterford plant.

Speaking at today’s announcement in Waterford, Angelo Conti, vice president, manufacturing, Bausch + Lomb said: “We are particularly pleased to announce this significant investment as it further cements our commitment to the Waterford plant. The investment will enable the Waterford facility to meet the demand for our very successful Biotrue range of products and to support the introduction of new products. The decision to make this significant investment in Waterford was very much influenced by the positive attitude of management and employees. It is clear that the Waterford employees have responded positively to the challenge of improving competitiveness and we look forward to working closely with the Waterford team in building on the positive achievements we have seen.”

Damain Finn, general manager, Bausch + Lomb, Waterford, welcomed the further investment: “The commitment to Bausch + Lomb’s operations here is welcome and will enable us to take advantage of the opportunities that are emerging in the contact lens and eye health sector in the coming years. This year marks the 35th anniversary of the establishment of Bausch + Lomb Waterford and during that time, the facility has provided good employment for several generations of Waterford people as well as for people from the surrounding counties of the southeast region, and will continue to do so. I am looking forward to the coming years as a time of great opportunity and further significant growth.”