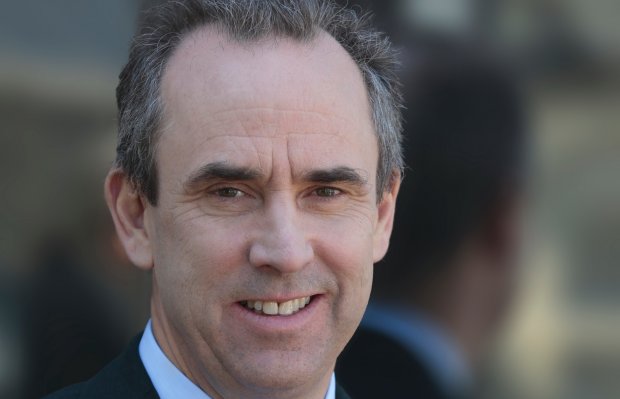 In the framework of their proposed merger of equals, and following a proposal from Lafarge Chairman and CEO Bruno Lafont, the boards of directors of Lafarge and Holcim have approved the appointment of Eric Olsen as future Chief Executive Officer of LafargeHolcim, to be in office as from the closing of the merger project.

Eric Olsen is presently Executive Vice-President of Lafarge, in charge of Operations. He has been a member of the Group’s Executive Committee since 2007.  Fifty-one years old, he has dual American and French nationalities. Eric Olsen has an international and extensive experience. He successfully held senior positions in operations and in the fields of finance, human resources and strategy. Eric Olsen also benefits from a deep experience of driving change linked to the roles he has played in matters of integration and organisation in multicultural environments.

Commenting on the appointment, Wolfgang Reitzle, Chairman of the Holcim Board and future co-Chairman of LafargeHolcim said: “I very much welcome Eric Olsen as future CEO for LafargeHolcim. With his broad international experience and insights in key markets, he is best positioned to lead the combined company for the benefit of employees, shareholders and customers. Bruno and I will support Eric Olsen in creating a new joint culture that will be the key driver for our premier competitive position.”

Lafarge Chairman and CEO, and future LafargeHolcim co-Chairman, Bruno Lafont said: “Eric has been proposed as future CEO of LafargeHolcim both for his personal and professional qualities. He has a deep knowledge of our activities, clients and markets. He is driven, with energy and determination. He is a true leader, with the ability to bring the teams together to drive a strong value creation culture for our shareholders. I have every confidence in his ability to deliver the synergies announced and ensure the development and the success of LafargeHolcim.”

Eric Olsen, 51 years old, is an American and French citizen, and is currently Executive Vice President Operations of Lafarge, responsible for a large number of countries such as France, USA, Brazil and Egypt.

He joined the Lafarge Group in 1999 and has been a member of its Executive Committee since 2007.

From 2007 to 2012, he served as Executive Vice President, Organisation and Human Resources of Lafarge Group. In this role, he led the integration of the Egyptian Orascom, a major acquisition with operations in Africa, Middle East and Asia. Eric Olsen also led the 2012 reorganisation of the Group with a focus on country organisation around end-market segments.

Prior to Lafarge, Eric Olsen started his career in the field of M&A at Deloitte & Touche, Banque Paribas and was one of the managing partners of Trinity Associates for 6 years.

He is a business graduate from the University of Colorado, Certified Public Accountant (Chicago, USA), and holds a Master of Business Administration from HEC international business school in Paris.

Eric Olsen is presently a Board Member of Cimpress N.V., chairing its compensation committee and is a member of its audit committee. He is the Chairman of the Board for the American School of Paris.