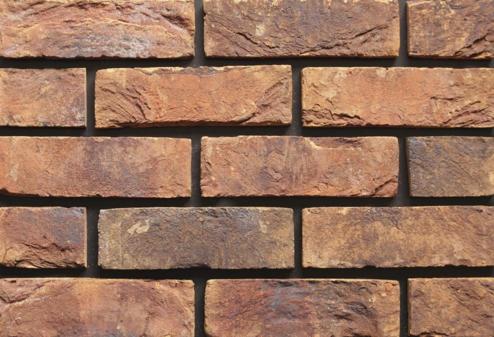 Lagan Brick has confirmed that it is to create 30 new jobs in Kingscourt in Co Cavan. The jobs will be located at Drumgill, Kingscourt on the site of its old Lagan Brick facility.

The development, which is being supported by the Department of Jobs, Enterprise and Innovation through Enterprise Ireland, has been made possible by a recent upturn in the Irish and UK markets. With signs of

confidence returning to the market, the Board of Lagan Brick has identified an opportunity to meet increasing demand, particularly out of the UK by reinvesting in brick manufacturing here in Ireland. The factory will be

Ireland’s only such facility; the current market of 30 million bricks on the island of Ireland is serviced by imports.

Welcoming the announcement, Enterprise Minister Richard Bruton said: “Today’s announcement by Lagan Brick that it is to create 30 new jobs in Kingscourt is a great boost for Cavan. We have repeatedly said that central

grown in employment. However the Government recognises that some regions are growing faster than others. That is why we have put in place Regional Enterprise Plans to accelerate employment in every region of the country.

Lagan Brick is a great example of the type of Irish manufacturing, engineering and construction companies my Department supports in every region of the country, through Enterprise Ireland.  I warmly congratulate

Lagan Brick and wish them continued success for the future”. “We are delighted to see an upturn in the economy after a very difficult period and to be in a position to recruit for the Lagan Brick facility in

Kingscourt which closed three years ago because of the recession. We have strong links with the site stretching back to 1984 and have invested heavily here in the past. Current buoyancy in the construction market here

and in the UK, indicates that there is strong demand for the quality product we can deliver. Our management experience and knowledge of the sector allied to our strong Lagan brand are key ingredients for a bright

The company will commission one kiln in the first phase of its new operation, producing 12 million bricks per annum however; the long term aim of the business is to have two Kiln lines fully operational with a further

eight million bricks potentially being produced if forecasts are met. As well as the significant opportunities here in Ireland, since the recovery, demand in the UK has far outstripped supply and the total market for brick

in the UK in 2015 is likely to be in the region of 2.2 billion bricks. Lagan Brick already has a footprint in the UK and sees this extra capacity as a real export opportunity.

Twenty of the jobs will come on line immediately, the ten remaining positions to be phased in when the second kiln is in operation. It is estimated that a further 10 to 20 spin-off jobs will be created and sustained immediately in the area as a result of the investment. The Lagan positions will be advertised in open competition in local media and expects to have recruitment completed within the next month with brick manufacturing expected to begin in the new facility in June. http://www.laganbrick.com/