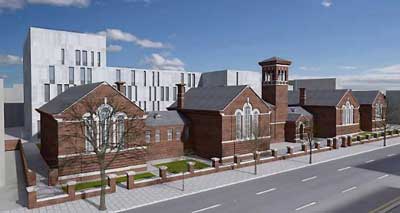 The Evening Echo has reported that 170 construction jobs will be created with the construction of a multi million euro criminal court complex in Cork this year.

The major project was announced in Cork by the Chief Justice Susan Denham.

The six-court building will be developed behind the existing district court complex on Anglesea Street. All criminal cases at district and circuit court level will be heard in the new building, while the Washington Street courthouse will be used for civil and family law matters. Central Criminal Court hearings will also take place in the new building.

The existing court on Anglesea Street will be retained by the Courts Service for administration purposes. The project is almost through the tender stage and construction is set to begin before the end of the year.

The announcement was made today as the Supreme Court sat in the Washington Street courthouse, marking the first time the Supreme Court has sat outside Dublin.
Mrs Justice Denham said: “Anglesea Street courthouse is to be a centre of criminal justice for the city. An investment of many millions will create 170 construction jobs in Cork, and provide a state of the art court venue, with six courtrooms.”

The new development is one of seven around the country which were projects spearheaded by the late Mr Justice Kevin Feeney, who died in 2013.
A spokesman for the Courts Service said the existing courthouse on Anglesea Street has limited custody facilities and leaves the way open for circulation of prisoners and members of the public together. He said there is also limited space for consultation, and there is no facility for dedicated victim support. And he said the facility on Washington Street is more suited to civil matters, given that the access to the court for people in custody is from the adjoining street.