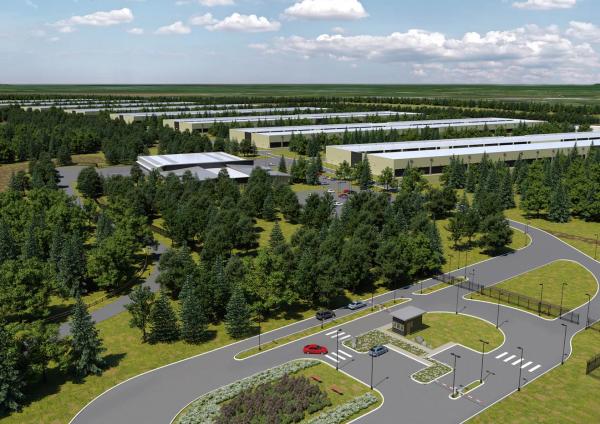 The Taoiseach, the Minister for Jobs and IDA Ireland, the foreign investment agency of the Irish Government, welcomes today’s significant announcement of a €850m data centre investment from Apple to be built and located in Athenry, Co Galway.

The new centre will be the company’s largest data centre project in Europe, providing 300 jobs during its multiple phases.

This significant new investment in Ireland will happen alongside one in Viborg, Denmark, and represents Apple’s biggest project in Europe to date.

Speaking today An Taoiseach, Enda Kenny TD, said: “I am delighted that Apple has chosen to make this major new investment in Ireland. It is a very significant investment in the West of Ireland and is fantastic news for Athenry with significant knock-on benefits for the region. Apple has had a major presence in Ireland for many years. As the Government works to secure recovery and see it spread to every part of the country, today’s announcement is another extremely positive step in the right direction.”

The Minister for Jobs, Enterprise & Innovation Richard Bruton TD said: “At the heart of our jobs plan for 2015 is accelerating jobs growth in every region of the country. Today’s announcement that Apple is making part of the company’s largest ever European investment in rural County Galway, with the creation of a total of 300 jobs, is a huge boost for the west and a great example of what is possible with the right policies.”

“We’re thrilled to be expanding our operations, creating hundreds of local jobs and introducing some of our most advanced green building designs yet.”

The CEO of IDA Ireland, Martin Shanahan, said: “This is an important strategic investment by Apple in a regional location, with significant local economic benefits. Ireland has for several years successfully attracted data centre investments from major corporates, but this latest investment enhances Ireland’s track record in this area further. It is particularly noteworthy that the West Region and County Galway in particular, has been chosen as the location for a project with a pan-European dimension.”

Two state agencies, IDA Ireland and Coillte worked closely together on providing a property solution to secure the Apple investment announced today. The investment will be made on land owned by Coillte at Derrydonnell, Co Galway.

Gerry Britchfield, Acting Chief Executive of Coillte said: “Coillte is delighted to have been able to play its part in facilitating this major inward investment. Coillte is particularly pleased that this investment will deliver quality jobs in a sector where Ireland continues to attract the leading companies in the world.”