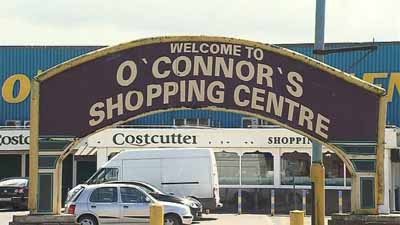 Nenagh received a major boost this week with the unveiling of an €8m plan for O’Connors Supermarket site in the town.

The 5.5-acre site, which has lain derelict since 2011, has been bought by Two-Mile Borris businessman Martin Healy, who also owns the Munster Hotel in Thurles, for an undisclosed sum.

“I am delighted to have acquired the site. It has huge potential. It is a town centre site and its redvelopment will bring more people into the town,” he told the Tipperary Star.

Mr Healy plans to develop a mix of retail units and primary healthcare under Zest Healthcare, and hopes the fully developed site will eventually employ up to 200 people. His plans for the Munster Hotel also include a Zest primary healthcare facility.

“This is a positive development for Nenagh. It will bring back life to that area and lift confidence in the town,” he said. Mr Healy revealed he was aiming to bring national and international retailers to the site.

Part of the site’s car park was cordoned off last weekend and some staff were on site this Monday, but Mr Healy said they will be moving on site fully this Thursday. He said he will work with Tipperary County Council on the project and follow the advice of his architects, Healy and Partners, under Richard Rice.

“This project will be carried out with the co-operation of neighbours, the council and sitting tenants,” he said. Tipperary Star.