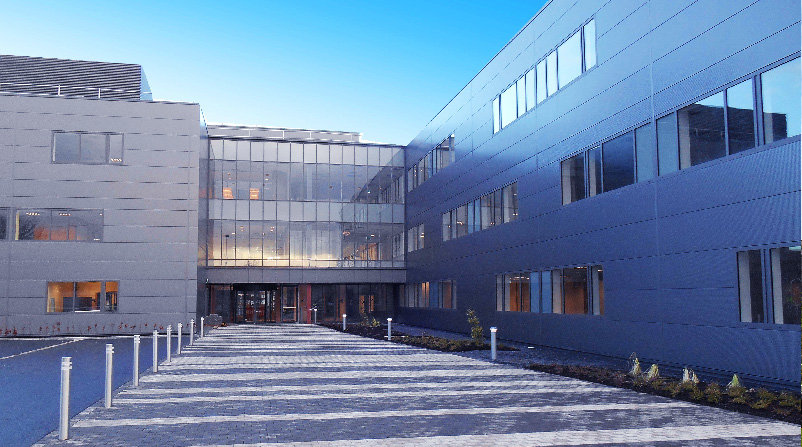 The IT giant Hewlett Packard has chosen again and again to expand its presence in Galway, with 700 workers about to move into a new purpose built R&D centre this February. Not only is the development a huge seal of approval for Galway as a centre of excellence for IT innovation, it is also another benchmark project for local building contracting firm and property developers MJ Conroy.

“Galway is a great place for us to have our R&D centre,” says HP Galway MD Mark Gantly. “The move reflects a change within HP where there is a greater emphasis on innovation. With this investment, HP is redefining its future in Galway for the next 40 years.

“I’m a Dubliner who came here to work at Digital in 1983 and I have now spent most of my life here. It’s a great city to live in – it’s very cosmopolitan, it’s not at all provincial. You have people from all over the world here and because it is such a university town that adds to the feeling of diversity.

“When I came here, the city had a population of 30,000 – now the population of students in the city is 25,000, with the overall population being more than 70,000. Yet housing is quite affordable – we haven’t seen the huge increases in property prices as there have been in Dublin and the pressure on the rental sector is not as severe either.

“A lot of people who come here are interested in outdoor pursuits and the city is superbly located for that with the sea and the mountains close by. In terms of infrastructure, the M6 means that you are only two hours away from Dublin guaranteed and we will shortly have a motorway all the way from Shannon to Tuam giving us even greater access to the airports.

“We recruit people from right across Europe and it is not a hard sell getting people to move here. People know about Galway and it’s good reputation already. But many people from overseas decide they will come here for a couple of years to improve their English and then return home, but 20 years later they are still here – the quality of life is so good.

“For us, because the jobs we are offering in Galway are in leading edge areas where people want to work and gain expertise – cloud computing, big data, mobility – we find it relatively easy to draw in new recruits. But many IT people want to work in Galway anyway because it has such a strong reputation for innovation.

“Our R&D investment in Galway is of worldwide note in the IT industry and other enterprises are looking at what is on offer here. We have been delighted with the help we have had from the IDA and we are very supportive of their efforts to bring new client companies to Galway – we are more than happy to meet with other companies and talk about our experience here.”

For HP the experience on this particular construction project has been very good, with Gantly quick to praise local firm MJ Conroy, who are both developers and owners of the building, in line with the current practice among large multinational corporations to lease, rather than to purchase, their premises.

“MJ Conroy has been a great partner for us,” says Gantly. “It’s a wonderful story that a family-owned business from the West of Ireland was behind, what was probably, the largest construction project in the state this year. The way they managed the site has been excellent – it was more like a manufacturing plant than a traditional building site, the way it was organised and the way everything was kept neat and clean. They were well organised and fully engaged. Their commitment to quality has been excellent.”

The sons and grandsons of Michael J Conroy are now at the helm of the company founded by their forefather in 1932. In the Irish construction industry, the company employs 25 full-time people, plus subcontracting specialists as required, at offices in Galway and Mayo. However, in recent years MJ Conroy has spread its wings so that the company now also includes an industrial real estate business operating in Lithuania and Latvia and an agricultural business in Serbia that employs more than 200 people.

In Ireland, the company has built up in expertise in design, build and finance projects and in facilities management through its experience of working with long standing clients such as Allergan Pharmaceuticals, Tyco Healthcare, Oracle and Boston Scientific.

The new HP building in Ballybrit is based on the design of a smaller building developed by MJ Conroy at the IDA Business Park in Newcastle. “It’s the largest office project that we have done. It’s a landmark project. We have plenty of experience of design, build and finance projects, but nothing to this scale,” said David Conroy, a grandson of the company founder who is now director responsible for environmental issues and health and safety within the company. “One of the features of the building is that it is designed to be extended, it has that flexibility that was important to HP. It is a three storey building with three wings, but is designed with flexibility that allows for future expansion. “

The construction is a structural steel frame on pad foundations with insulated Kingspan architectural wall paneling with integrated glazed windows on the three wings and with glazed curtain walling over reception entrance area. A Flagon PVC membrane was used for the roof finish. 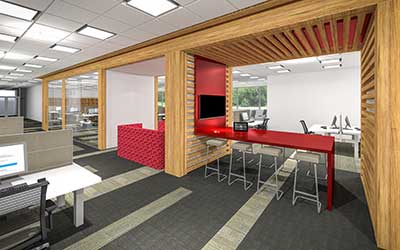 An integral requirement was that the final development be a ‘green building’ and to this end HP stipulated that it had to earn a minimum of Silver Certification under the LEED (Leadership in Energy and Environmental Design) rating programme operated by the US Green Building Council. This is a whole life-cycle assessment that began at planning stage. David Conroy said: “From an MJ Conroy Construction perspective on this requirement, where possible, the use of environmentally friendly construction materials and construction techniques and we had to have documentation of this in our site plan. We were also required to have environmental planning for the construction stage and a comprehensive construction waste-management plan and compliance with environmental standards and complete traceability for all waste generated and disposed off-site.

“We first became involved with HP about three years ago when we were made aware that they were looking for expressions of interest in working in partnership with them to build these new offices. After we discussed our ideas with each other, we agreed an architectural design early last year and in mid-2013 planning permission was granted with work beginning on site in November.

“We had done a lot of pre-planning on logistics, access and programming and the design team had been working for a good 18 months before we started on site, so we hit the ground running. It was an adventurous programme of work, but it was achievable. We were helped by the fact that you couldn’t have had better ground conditions – we were building on what was a soccer pitch. The guys on the site said the conditions below ground were the best they had ever worked with! It was certainly a very clean site. But that said, we had good scheduling and good programming in place.

“There was bad weather around Christmas and the New Year but that only delayed the erection of the steel frame by a day or two. In fact, we were lowering in precast floors while the steel was still being erected on another part of the building. We had two cranes on site.

“There was a good relationship with HP – our build and design teams met regularly with people from HP Facilities who are based in Leixlip and in the UK. As well as fortnightly site visits and formal presentations, there was ongoing communication as needed. “

David Conroy says he is delighted with the excellent safety record achieved. “We had a full-time safety officer on site and the first thing anyone did when starting to work on the site was to attend a safety briefing,” he said. “We take safety very seriously, we’re delighted to have won NISO Safety Awards four years running, winning the top award for the West of Ireland this year.  But a safety culture is about much more than awards, it is about making sure that we all go home alive and well every day.”

In addition to Safe-T Certification, MJ Conroy holds ISO 9000 certification for good standard quality management and it is currently working towards the ISO 14000 certification for good standards of environmental management. “These standards are increasingly important for a company like ours,” said Conroy. “Large international corporations won’t work with you unless you can show that you meet minimum health and safety, quality and environmental management standards.”

In addition to ongoing certification, MJ Conroy is in the happy position of regularly winning awards from its clients. In the last three years, MJ Conroy has been presented with a Supplier of the Year Award by Boston Scientific and last year the firm was given a Boston Scientific Global Indirect Supplier Award in recognition of the quality, scheduling and management of the service provided to the medical devices facility in Galway. According to Boston Scientific, MJ Conroy is one of its Top 10 Suppliers worldwide.

David Conroy said: “While we can be described as a general construction company, really we are focused on catering for the pharmaceutical and the IT sectors, where we are a niche supplier of high-quality work.”

Back in February 2014, 12 months before HP employees were due to move into their as yet to be constructed building, the Taoiseach Enda Kenny performed the formal ground breaking ceremony. On that occasion, Mr Kenny said: “I am very pleased to be present for the commencement of this significant investment by HP in a new state-of-the-art facility in Galway. This is a vote of confidence in HP’s Irish operations and is a welcome signal of the company’s commitment to the area. HP was one of the first multinational tech companies to come here and Ireland has since gone from strength to strength in attracting investment from the tech sector.”

MJ Conroy’s Project Director Noel Conroy said: “This site will be a landmark office building in Galway and one of the largest developments of its kind in recent years which will help attract new foreign direct investment into the region. Its development represents the strong commitment of both our firm and HP to the region. We are optimistic about the future of the Irish commercial real estate market and are actively looking for other opportunities in the market”

Since work began in Galway, HP have made two significant job announcements. In June, the company announced that it would recruit 100 people in Galway to work on OpenStack cloud services. OpenStack is an open source cloud computing programme and HP operates one of the largest OpenStack-based public clouds and services. The HP Cloud Research and Development team in Galway played a large role in delivering HP’s public cloud and this team will continue in this role as it focuses on building the HP Helion portfolio of cloud products and services, also based on OpenStack technology. Additionally, HP recently announced new hirings in Belfast, where the company has its Global Centre of Software Engineering Excellence, and in R&D at its Leixlip facility.

Certainly, the HP team in Galway looks set to grow further. HP Global Technology and Operations, executive vice president John Hinshaw said: “Galway continues to be a great source of IT talent that can drive future innovation for HP. We are pleased to be investing in this site and getting construction underway and I look forward to an even stronger presence for HP in Galway.”