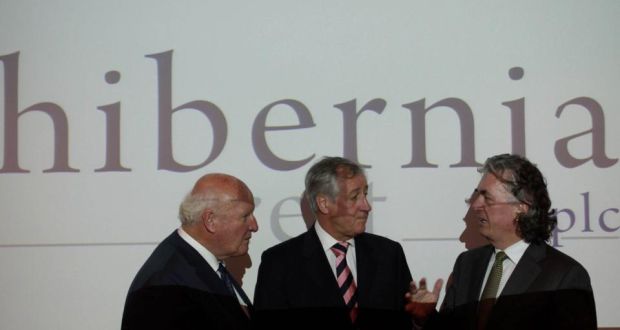 Hibernia REIT, the Dublin-listed property investment group, has said the last 1/4 saw a big rise in its property buying activity before the end of the Capital Gains Tax relief and is poised for more this year.

Hibernia successfully completed its second equity offering on 4 November 2014, raising net proceeds of c. €286m via a firm placing and placing and open offer.  In the same month the Company completed the acquisition of The Forum building in Dublin’s IFSC for a total consideration of €37.8m.  This acquisition was announced in August 2014.

During the period Block 3, Wyckham Point was conveyed into direct ownership (having been acquired as part of the Dorville secured loan portfolio in March 2014).  The transfers into direct ownership of the Chancery Building and Chancery Apartments, South Dock House and Cannon Place are expected to complete shortly.

The sales of the Dorville non-core assets are progressing well: to date sales have been agreed, contracted or completed for approximately one third of the assets by value.  The aggregate proceeds of €10.3m (net of selling costs) are more than 10% above the allocated value at the time of acquisition.  To facilitate the ongoing sales process, the remaining non-core assets are being transferred into direct ownership.

The fit-out of the 213 apartments in Block 3, Wyckham Point remains on schedule and within budget, with the first units expected to be completed and available for rent in Q2 2015 and full completion in H2 2015.

Work has continued on preparation for the office developments at Windmill Lane and 1-6 Sir John Rogerson’s Quay: a detailed update will be given at the full year results in May.

At Commerzbank House, agreement has been reached with Commerz Management Services Ltd regarding the early surrender of their lease as planned.  A surrender premium of €2.4m has been received, equating to 12 months of rent, together with a further amount for dilapidations.  The Company intends to refurbish the building to Grade A standard during 2015 ahead of re-letting.

“The fourth quarter of 2014 saw a high level of transaction activity in the market ahead of the ending of the Capital Gains Tax relief for property on 31 December: much of this was at the sub-institutional scale or otherwise not of interest to us.  2015 has started positively, with a number of opportunities which we are actively assessing with our usual discipline.

“With the proceeds of our capital raise and significant debt capacity, we are well positioned to take advantage of the acquisition opportunities we expect in the next 12 to 18 months.”