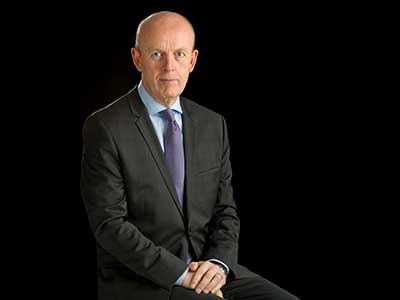 The 32nd President of Hardware Association Ireland (HAI) was formally elected last week at a meeting of the organisation’s National Council.

Hugh O’Donnell takes on the Presidency at a time of renewed confidence in the construction sector following several years of very tough trading conditions during which time many HAI members operated in survival mode. Currently Chief Executive of Hardware Buying Group, Amalgamated Hardware plc (Topline), O’Donnell is determined to work closely with the Association’s new Executive Committee and its Chief Executive, Annemarie Harte, to both enhance its public profile and deliver increased service benefits to its members.

“The imminent introduction of a new ‘Business Index’ for our sector, for example, will provide useful market intelligence to our members and I hope that over time it will become an indispensible source of information”. The new President’s first official duty will be to oversee the sector’s biennial tradeshow, The Hardware Show, taking place in Citywest on February 15th/16th and for which a record attendance is already guaranteed.

Originally from Drogheda, Hugh graduated from UCD in 1988 with a B.Comm degree and a Masters in Business Studies (Strategic Planning) degree, later completing the International Executive Programme in INSEAD, France. Following a brief period working in UCD’s Faculty of Commerce, he began his business career in Dublin in 1989 with international printing and packaging company, Clondalkin Group plc. In 1991, he joined the European HQ of US multinational, Philip Morris International, based in Switzerland, and spent most of the next 15 years working in various management positions across Western and Central Europe, Middle East, Asia and Central America. Returning to Ireland in 2005, Hugh joined Amalgamated Hardware plc in June 2006 and was appointed Chief Executive in June 2007.