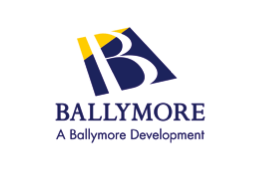 The Irish Independent has reported that Nama has chosen Singapore’s Oxley Holdings as the preferred bidder for a 2.35-hectare site at 72-80 North Wall Quay, next to the proposed new HQ of the Central Bank.

The agreement will see Oxley buy a long leasehold interest with the right to develop and manage and sell the site. Nama will retain the freehold.

Oxley has been working with Ballymore in London as development partners on the huge Royal Wharf development there.

Following on from that relationship, it is understood that Ballymore and Oxley will work together to develop the Dublin site.

As part of Oxley’s plans, the company will develop about 645,000 sq ft of office space which would hold about 5,500 workers.

The company will also construct 200 apartments there.

Oxley will submit a planning application early next year with construction set to begin by the start of 2016.

This is Oxley’s first investment in Ireland. The firm beat off five other bidders including Irish and international developers. The tender process itself was known as “Project Wave”.

The North Wall Quay site is located within “Block 8” of the Docklands Strategic Development Zone (SDZ) Planning Scheme and has been designated under the SDZ as a block with a “focus on employment”, Nama said.

Nama’s chief executive, Brendan McDonagh, said the deal will “facilitate the provision of much-needed high-quality Grade A office space that will lead to further job creation, investment and economic activity in the Dublin Docklands, while maximising the value of this site for Nama”.

Oxley chief executive Ching Chiat Kwong said his firm was “delighted by the opportunity to invest in Ireland and to deliver a top quality commercial and residential development in Dublin”.

Nama has retained the freehold on the site. Source: Indo Business